“It Was The Night They Drove Old Dixie Down” 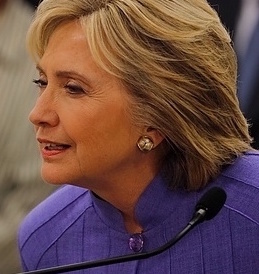 The New York Times editorial board was absolutely right when it declared the day following the New York primaries, that it is too soon for Bernie Sanders and John Kasich to concede the nominations to Hillary Clinton and Donald Trump.

In its editorial, the paper called on Kasich and Sanders to stay in their respective campaigns. The Times calls on them to “let the remaining states have their say”.

This should be a wake-up call to leaders of both parties. They are missing something big about their own members’ priorities, and their mood.

A spirited nominating season might teach them what voters actually want from their president. So far, voters are saying they aren’t willing to settle for a party favorite, and don’t want to be cheated out of a choice.

After their strong victories Tuesday, Trump and Clinton called on their opponents to give up, and rally around the party flags for November.

The post-primary narrative makers are asking, why should the two losers continue to fight? The answer lies in Yogi Berra’s wise saying, “It ain’t over til its over”

We need to hear more from Bernie Sanders, a rarity in national life, an authentic, passionate socialist candidate who, over a lifetime, has drilled to the core of this nation’s militaristic, empirical dark side.

Sanders demands that we confess to this dark side, our national “id component” that succumbs to the corporate bread and circuses strategy that urges us to indulge our wants and shallow desires.

At its best, politics can be a noble pursuit, but like the rest of us, politicians have their dark side. This “id component” of human personality, about which the Jewish intellectual/medical giant Sigmund Freud, warned us, lures us into such selfishness that it closes our eyes to the less unfortunate among us.

That selfish “id component” also makes us susceptible to con artists who profess to do good when they intend us harm.

On the international scene, Israel hides behind its ancient biblical name to build and sustain a military dictatorship which occupies and controls another people, not like them.

Israel has its loyalists hidden within our institutions to promote the myth of its goodness, which disguises its quest for power. We are easily seduced.

Candidate Hillary Clinton has long succumbed to this seduction, while Bernie Sanders, a secular Jew who as a young American lived for a time on an Israeli kibbutz, has openly rejected it.

Clinton, a Goldwater volunteer in her Chicago suburban youth, was driven by a burning ambition to break from the suburban mom role she might have followed.

Clinton is not as good a politician as the man from Arkansas she married after the two worked together as young operatives in the idealistic George McGovern anti-Vietam war presidential campaign of 1972.

Why should she be? There were few models of female politicians in her generation.

Electing the first U.S. female president would be a major leap forward in equality for women, which is, of course, part of Clinton’s appeal to voters, especially women.

Voting in this week’s New York primary, according to the New Yorker, “reveals that Clinton and Sanders split male voters and white voters just about evenly. Clinton carried female voters by sixty-three per cent to thirty-seven per cent, a huge gap”.

Clinton has been a role model for women’s achievement. That fact makes it even more painful to read her fawning testimony in the Jewish Forward, which pandered to her Jewish financial benefactors and is also a criticism of President Obama’s increased frustration over Israel’s occupation conduct. She wrote:

I will do everything I can to enhance our strategic partnership and strengthen America’s security commitment to Israel, ensuring that it always has the qualitative military edge to defend itself.

That includes immediately dispatching a delegation of the Joint Chiefs of Staff to meet with senior Israeli commanders.

I would also invite the Israeli prime minister to the White House in my first month in office.

Contrast her subservient attitude to that of Sanders, her Jewish opponent, who offers a new, fresh, and frank reading of the conduct of the Prime Minister to whom Clinton plans to invite to the White House her first month in office.

How strong is Clinton’s devotion to Israel?

Joe Conason wrote an essay April 15, for In These Times with an eye-catching title, On Israel and Palestine, Bernie Sanders Is Right—And Hillary Clinton Knows It.

He writes about the moment in the Thursday night April 14 Democratic primary debate in Brooklyn before the Tuesday voting “when Bernie Sanders challenged Hillary Clinton over her refusal to criticize Israel’s excessive use of force against the Palestinians in Gaza”. Conason wrote:

For the first time in memory, a major American political figure insisted publicly that the Jewish state and its leaders are “not always right”—and that in attempting to suppress terrorism, they had killed and injured far too many blameless human beings.

Asked by CNN’s Wolf Blitzer about his judgment that Israel’s military response to attacks from Gaza in 2014 was “disproportionate and led to the unnecessary loss of innocent life,” the Vermont Senator answered firmly: “Yeah, I do believe that.” He mentioned that many other nations, including longtime allies of Israel, had denounced the atrocities in Gaza, along with human rights organizations around the world.

In the debate, Clinton “blamed the casualties among Palestinian civilians solely on Hamas, even as she vaguely mentioned ‘precautions’ that Israel should have taken to prevent them. This display of subservience to the most right-wing elements in Israel and its Washington lobby was all too typical of American presidential aspirants”.

There is every likelihood Hillary Clinton will be elected president in November. When she ascends once again to the White House, we can only hope a still small voice will whisper to her that she reached her pinnacle of success with nary a nod to the suffering her Israeli loyalty has brought to the Palestinian people.

Reflecting on the debate’s rare exchange between two presidential aspirants, I was reminded of a song by the musical group, The Band. I was not the first to be so reminded.

On November 5, 2008, Brent Budowsky felt the same connection to The Band. He wrote in The Hill, The Night Old Dixie Died and a New Generation Was Born.

It was a moment for the ages and the night Old Dixie died, when the trumpet sounded and a president like Caroline Kennedy’s father came. In terms of race relations and America being a community of diverse people from countless backgrounds working together for the common good, it was the most important night since the Emancipation Proclamation.

The leader of The Band, Robbie Robinson, described his feelings when he first wrote, The Night They Drove Old Dixie Down:

I was humming the melody but I didn’t know what the song was about. Until that one day when it just appeared in that kind of way.

The song speaks of the end of the American Civil War. It connotes an ending and the start of a major change. Below is a video of the song as it was featured in the film, The Last Waltz.

The Israel Lobby was driven down on the night Bernie Sanders and his cheering supporters declared their independence from the empirical designs of Israel.

“The Night They Drove Old Lobby Down” was the night of the Brooklyn debate. There will need to be other nights like it.

But it was in the year of 2016 that the Israel Lobby was first driven down in the middle of a national political debate. And Bernie Sanders led the way.

The picture of Hillary Clinton is by Joseph Sohm. It is a Shutterstock.com picture.

From 1972 through 1999, James M. Wall was editor and publisher of the Christian Century magazine, based in Chicago, lllinois. He was a Contributing Editor of the Century from 1999 until July, 2017. He has written this blog, wall writings.me, since it was launched April 27, 2008. If you would like to receive Wall Writings alerts when new postings are added to this site, send a note, saying, Please Add Me, to jameswall8@gmail.com Biography: Journalism was Jim's undergraduate college major at Emory University, Atlanta, Georgia. He has earned two MA degrees, one from Emory, and one from the University of Chicago, both in religion. He is an ordained United Methodist clergy person. He served for two years in the US Air Force, and three additional years in the USAF reserve. While serving on active duty with the Alaskan Command, he reached the rank of first lieutenant. He has worked as a sports writer for both the Atlanta Journal and Constitution, was editor of the United Methodist magazine, Christian Advocate for ten years, and editor and publisher of the Christian Century magazine for 27 years.
View all posts by wallwritings →
This entry was posted in Bernie Sanders, Donald Trump, Hillary Clinton, Iran, Israel. Bookmark the permalink.