The Other Jewish Lobby: Sixty Years after the Nakba 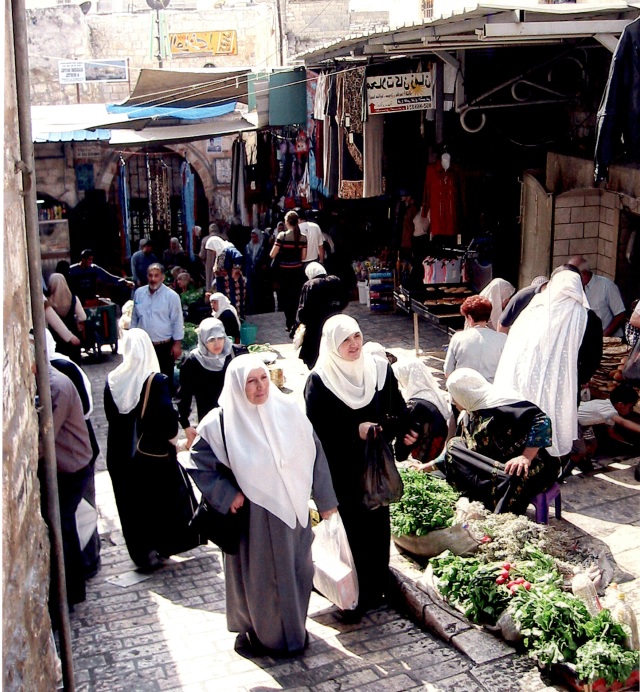 Remember Dennis Kucinich (D., Ohio), the Democratic presidential candidate who brought a refreshing note of reality to the early primary debates? You don’t remember him? In the memorable words of John Wayne: “Think back, Pilgrim.” It was Kucinich who reminded primary and caucus audiences that Palestinians live under an oppressive Israeli military occupation.

Kucinich is back. House speaker Nancy Pelosi (D., Calif.) set aside a special time for House members to praise Israel this spring, and to add their names to a resolution celebrating Israel’s 60th anniversary. Kucinich was not about to miss the occasion. He took his turn in the House well and told the members that 2008 is also the 60th anniversary of the Nakba, the catastrophe that struck the Palestinian people when Israel was established as a state.

I join my colleagues in Congress in celebrating Israel’s accomplishments over the past 60 years. I am happy to be cosponsor of this congratulatory resolution. However, like many Israelis and Palestinians, I have concerns about Israel’s future, its stability, its security and the prospect for peaceful coexistence for both Palestinians and Israelis. . . . [After Israeli] independence . . . about 700,000 Palestinians became exiled . . . 500 Arab villages were destroyed.

Barack Obama seemed to agree that we must turn away from past failures on June 3 when he had won enough delegates to guarantee the Democratic party nomination. He told a cheering Minneapolis crowd: “Tonight we mark the end of one historic journey with the beginning of another. This is our time. Our time to turn the page on the policies of the past.”

The next day, however, Obama reversed himself. He embraced the past, assuring the pro-Israel lobby, the American Israel Public Affairs Committee, that “Jerusalem will remain the capital of Israel, and it must remain undivided.” It was blatant pandering. Obama knows that Jerusalem’s future is one of six “core issues” still being negotiated between Israel and the Palestinian Authority.

The Independent’s Robert Fisk was dismayed: “So they are at it again, the great and the good of American democracy, groveling and fawning to the Israeli lobbyists of American Israel Public Affairs Committee (AIPAC), repeatedly allying themselves to the cause of another country and one that is continuing to steal Arab land” (June 7).

Ian Williams, a Washington-based journalist for the Guardian, recognized the incongruity between Obama’s nomination and his words on Jerusalem: “So there we were, thinking that the country had come of age at last [with Obama’s nomination], finally putting truth in the rumors about liberty and equality first spread by a group of slave-owners some ten-score and thirty years ago.”

Williams goes on to respond to Obama’s promise to support an undivided Jerusalem:

Not a single country recognizes the Israeli annexation of East Jerusalem. Indeed, the last few banana-ish republics that maintained embassies in West Jerusalem have removed them, since no country, including the U.S., is prepared to override the UN partition resolution which designated the city as international territory.

Williams has a better grasp of American political dynamics than do most American journalists, who continue to assume that AIPAC is the only American Jewish game in town. Instead of promising Jerusalem to AIPAC, Williams advised Obama, he should develop “ties to J-street, the new Peace-Nowish lobby whose views seem to represent far more American Jews than AIPAC, which more and more looks like a Likudnik-Neocon lobby, prepared to fight to the last Israeli—and indeed the last GI—for their eschatological visions.”

The newly organized lobby, which appeals to more moderate and younger Jewish voters, has already begun to reach out to Democratic congressional candidates weary of total subservience to AIPAC’s Zionist demands.

Obama waited three days before backtracking on his Jerusalem pander. He told CNN, “Obviously, it is going to be up to the parties to negotiate a range of these issues. And Jerusalem will be part of those negotiations.” It was obvious to everyone but Obama, who qualified his Jerusalem promise only after he had enjoyed thunderous AIPAC applause.

Senator Obama, remember the historic significance of your nomination. Dennis Kucinich and the J Street lobby certainly do. Give them a call. They understand the Israeli-Palestinian issue far better than the advisers whom you relied on for your AIPAC speech.