The Moral Obligation of Our Stewardship of the Planet

Posted on August 2, 2008 by wallwritings 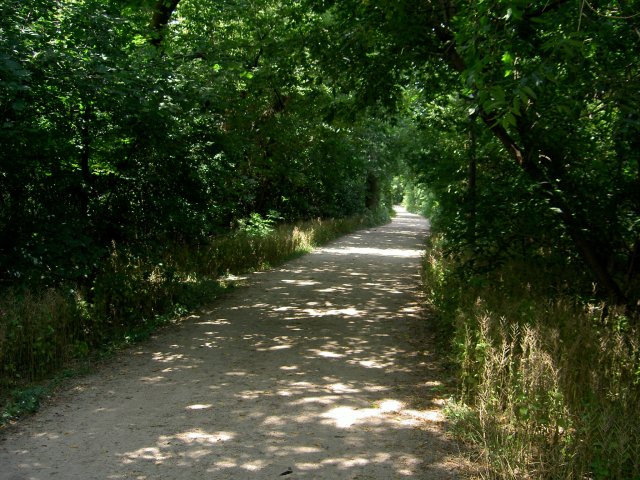 Former Colorado senator Gary Hart has drafted a policy blueprint for the next U.S. president. Hart, a Democrat who began his political career in 1971 as national campaign manager for George McGovern, is politically well prepared to make this proposal. Even more important, his proposal is theologically grounded.

In a June 25 New York Times column, Hart rejects the prevailing media and political view of religion and politics as a series of political battles codified in hardline ideological demands. After identifying issues that the next president will confront, Hart states: “The moral obligations of our stewardship of the planet must become paramount.”

Hart suggests that a national dialogue must be shaped by an ethical perspective. With this proposal he joins Al Gore, who has creatively confronted global warming and climate change with a moral template. Here is the heart of Hart’s proposal:

No individual can entirely determine the architecture of a historical cycle. But much of the next one will be defined by how we grapple with a host of new realities. . . . globalized markets; the expansion of the information revolution into places like China; the emergence of new world powers including India and China; climate deterioration; failing states; the changing nature of war; mass migrations; the proliferation of weapons of mass destruction; viral pandemics; and many more. Senator Obama’s attempt to introduce the next American cycle should include, at minimum, three elements. National security requires a new, expanded, post-cold-war definition. America must transition from a consumer economy to a producing one, and the moral obligations of our stewardship of the planet must become paramount.

Hart’s religious perspective derives in part from his evangelical background and a year of theological study at Yale. Of course, formal theological training does not automatically transform a political figure into the second coming of Reinhold Niebuhr. Yet it’s noteworthy that Hart and Gore each spent a year in a mainline theological seminary (Gore attended Vanderbilt). I was reminded of the role that theological education has played in the careers of Hart and Gore when I was interviewed by a Swedish graduate student who was working for his country’s government.

The student wanted to discuss a column I had written on “Faith and Risk Analysis.” (For a PDF copy of this December 6, 1989 Christian Century column, click here ) He asked about my service on a 1980s committee that conducted a study of nuclear waste for the U.S. Department of Energy. I understand the role of the scientists on the study panel, the student said, but why did the panel include a person with theological training?

His professional interest was in risk analysis: in any public policy decision, how do we balance risk with benefits? In the debate on where and how to permanently store nuclear waste, how do we balance the risk of storing a toxic substance that never disintegrates with the benefits of nuclear power? Scientists offer ways to protect the planet and all living things from such toxicity, I told the student. Engineers propose ways to secure the nuclear waste. Should we put it deep into the ground? Shoot it into space? Place it in the sea?

After hearing from the scientific and engineering experts, politicians make the final judgment as to how and where to store the waste.  But the public also wants the human cost factored into the final decision. They want discussion of the issue to include those who will talk about the price that will be paid in human life, health and well-being. They want participants who will remind people that our moral obligation to be stewards of the planet is paramount. It is a good sign that Hart and Gore, politicians with religious sensibilities and training, are part of this conversation.

This is my final Impressions column for the Christian Century magazine, the publication it was my privilege to edit and publish from November 15, 1972, until February 15 1999.  I served as Senior Contributing Editor for the magazine from February, 15, 1999 to August 31, 2008. After September 1, I will serve as one of the Christian Century’s Contributing Editors. I will also continue to contribute regular postings to wallwritings.wordpress.com, as I have done since the blog was launched on April 24, 2008.

From 1972 through 1999, James M. Wall was editor and publisher of the Christian Century magazine, based in Chicago, lllinois. He was a Contributing Editor of the Century from 1999 until July, 2017. He has written this blog, wall writings.me, since it was launched April 27, 2008. If you would like to receive Wall Writings alerts when new postings are added to this site, send a note, saying, Please Add Me, to jameswall8@gmail.com Biography: Journalism was Jim's undergraduate college major at Emory University, Atlanta, Georgia. He has earned two MA degrees, one from Emory, and one from the University of Chicago, both in religion. He is an ordained United Methodist clergy person. He served for two years in the US Air Force, and three additional years in the USAF reserve. While serving on active duty with the Alaskan Command, he reached the rank of first lieutenant. He has worked as a sports writer for both the Atlanta Journal and Constitution, was editor of the United Methodist magazine, Christian Advocate for ten years, and editor and publisher of the Christian Century magazine for 27 years. James M Wall died March 22, 2021 at age 92. His family appreciates all of his readers, even those who may have disagreed with his well-informed writings.
View all posts by wallwritings →
This entry was posted in Politics and Elections, Religious Faith. Bookmark the permalink.