Jimmy Carter Explains Racism to the White House; It is Not Pretty

Posted on September 16, 2009 by wallwritings 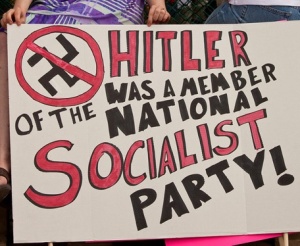 President Obama’s health care hopes are floundering. So are his dreams for a Middle East agreement. Remember that triumphant election night victory, celebrated by a cheering, weeping, crowd in Chicago’s Grant Park?

That one shining moment gave us hope that racism had been defeated. The entire world rejoiced with us. In January, a new president and his family would be living in the White House. This president would bring peace and justice into the darkest corners of the planet.

What happened? Racism was not defeated last November. It was only stunned briefly, and was quickly resurrected by forces for whom profit and greed are far more important than delivering health care services to all.

The hope for equality and justice for all was battered down by a democratic system that deceived us into believing that Barack Obama’s election was a paradigmatic moment, the dawning of a new day.

Instead of letting Barack Obama seize that joyous moment and take command of his priorities, affordable health care for all, a just peace in the Middle Peace, and the end of our military presence in Iraq and Afghanistan, the White House played clumsy politics with these priority issues.

By giving the Congress a free hand to write a health care bill, the Obama team lost that battle before it began. They turned the process over to Senator Max Baucus, Democrat of Montana and chairman of the Senate Finance Committee.

How did they do this? How did they destroy the dream of last November? They did what unscrupulous men and women have always done when their own security was threatened.

They stirred the fears and hatreds of a vulnerable population by playing the racist card. No, not just the card, make that the entire deck.

The White House staff, Obama’s advisors, and the president himself, failed to recognize how easily the reality of an African American family living in the White House, could be manipulated into serving the desires of the highly paid Powerful who have never wanted anything close to “change we can believe in”.

“Give me back my America”, is an easy slogan to exploit with people whose latent racism is easily aroused. It worked with the Ku Klux Klan; it worked with McCarthyism, and now it works to benefit a health care industry that insists on using the same “socialism” lie that delayed for decades the adoption of Social Security and Medicare.

Those so-called town hall protest meetings were orchestrated for the benefit of a 24 hour media monster that wants red meat with every meal and snack. And through that media, members of Congress were reminded of their duty to the deep pockets that keep them in Washington.

Those protests culminated in a march on Washington that displayed to the world just how easily the genuine fears of a vulnerable public can be twisted into expressions that are ugly in the extreme.

Those signs that looked so spontaneous were not painted in Grandma’s basement. They were produced by public relations professionals as instruments of hatred, and then doled out to willing sign wavers. They smeared not only our president, but the very core of decency and civility in American life.

Which was the ugliest? The list of candidates is long. Start with the tasteless sign at left: “Bury Obamacare with Kennedy”. Or how about, “Hitler was a member of the National Socialist Party”, shown above? This linkage of Obama with Hitler began in the 2008 campaign and persists with even greater fervor. The level of the health care debate has not been informative; it has been ugly because at its heart is the ugly reality of racism.

Former President Jimmy Carter spoke of that ugly reality when he explained racism to the nation, and to a White House that has, thus far, failed to listen to the counsel of a man who knows a great deal about racism.

Carter was referring to the “You lie” incident during President Obama’s recent speech to the nation. He speaks with the authority of a man who was born into, and grew up with, the evil of segregation. This is how he responded to Congressman Joe Wilson’s outburst:

Former President Jimmy Carter said Tuesday that U.S. Rep. Joe Wilson’s outburst to President Barack Obama during a speech to Congress last week was an act “based on racism” and rooted in fears of a black president. . . .”Those kind of things are not just casual outcomes of a sincere debate on whether we should have a national program on health care,” he said. “It’s deeper than that.”

Yes, this openly expressed fear and anger is much deeper than the health care demonstrations.  Carter knows this, from childhood through his years of political life. What people say and do with great fervor, often reflects a deeper reality than even they realize.

Carter read Reinhold Niebuhr and learned much from his theological insights about the nature of human existence. But more importantly, Carter lived with racism, existentially, because he lived with it as a child, a young man, and now as an older man. He experienced a racism that infiltrated the core of his society, draining it of its sense of right and wrong.

Anyone born in the South as close in time to slavery, as Carter did, knows how easily racism shapes a culture. He knows that to be born into a racist society is to carry that taint within one’s own soul forever.

Carter was blessed by having a mother who knew the world into which she had brought this child. By example and moral authority, she was determined to show him that he could overcome that handicap. He did.

In his inaugural address as Governor of Georgia in 1971, Carter addressed a public that had chosen him as their governor:

At the end of a long campaign, I believe I know our people as well as anyone.  Based on this knowledge of Georgians North and South, Rural and Urban, liberal and conservative, I say to you quite frankly that the time for racial discrimination is over.  Our people have already made this major and difficult decision, but we cannot underestimate the challenge of hundreds of minor decisions yet to be made.  Our inherent human charity and our religious beliefs will be taxed to the limit. (Bold face added for emphasis).

What does racism provide to leaders who want to seize and retain power?  It gives the insecure citizen a sense of a false power granted to them because they are superior to Others.

Thanks to the manipulations of the entrenched forces in charge of the nation’s economic future, a white minority in the nation has been handed pitchforks in the form of marches, town hall meetings, and uncivil and ugly signs that proclaim a racist hatred that threatens to destroy the hope we felt with Obama’s election.

Of course, some of the anger expressed in those town hall meetings reflect genuine fears of citizens who are ill-informed and easily shaped into an army of the ignorant. It is the distortion of those fears on behalf of the forces that do not have their best interests at heart, that makes the fear and smear campaign so reprehensible.

An African American who had the audacity to be elected president, is being demonized by the rich and powerful who pretend a patriotism they clearly do not feel, in order to retain the same power as that maintained by the White Power structure in Jimmy Carter’s childhood South.

Don’t compromise on health care for all, President Obama.  You are better than that. Listen to Jimmy Carter. Do the right thing.  That is why this nation elected you.

Copyrighted pictures above are from Talking Point Memo; the photographer is Max Kagnanov.

From 1972 through 1999, James M. Wall was editor and publisher of the Christian Century magazine, based in Chicago, lllinois. He was a Contributing Editor of the Century from 1999 until July, 2017. He has written this blog, wall writings.me, since it was launched April 27, 2008. If you would like to receive Wall Writings alerts when new postings are added to this site, send a note, saying, Please Add Me, to jameswall8@gmail.com Biography: Journalism was Jim's undergraduate college major at Emory University, Atlanta, Georgia. He has earned two MA degrees, one from Emory, and one from the University of Chicago, both in religion. He is an ordained United Methodist clergy person. He served for two years in the US Air Force, and three additional years in the USAF reserve. While serving on active duty with the Alaskan Command, he reached the rank of first lieutenant. He has worked as a sports writer for both the Atlanta Journal and Constitution, was editor of the United Methodist magazine, Christian Advocate for ten years, and editor and publisher of the Christian Century magazine for 27 years.
View all posts by wallwritings →
This entry was posted in Media, Politics and Elections. Bookmark the permalink.

5 Responses to Jimmy Carter Explains Racism to the White House; It is Not Pretty