Searching for Justice In Church and On Campus 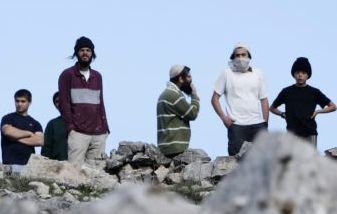 In less than two weeks, elected representatives of the Presbyterian Church USA, will gather in Detroit, Michigan, June 14-21, for their biennial General Assembly.

Meeting in solemn assembly, they will debate and vote, again, on how best to speak to the state of Israel.

To  those who do not follow American church politics closely, it pains me to report that, yes, the Presbyterians still remain divided on the issue.

Israeli Ha’aretz columnist Gideon Levy has delivered to the Presbyterians, and indeed, to the entire world, one of the most eloquent messages to Israel I have yet to encounter.

The fact that the statement comes from a native Israeli journalist, written for a mainstream Israeli newspaper, makes it even more compelling.

Written in a tone of sadness tinged with hope, Levy’s recent column is entitled, “International Kowtowing to Israel Must End Now”. He begins:

If there is a world, let it appear immediately. For now, there’s the sense of an ending of the international intervention in Israel. The Americans folded, the Europeans gave up, the Israelis rejoice and the Palestinians are lost.

As a result, he writes, those who depart “leave the conflict to the sighs of the Palestinians and the occupation in the hands of Israel, which is sure to perpetuate it and to ground it even more firmly”.

Levy writes, of course, not only to the Presbyterians, but to the entire world, which he believes is in danger of turning its collective global back on the Palestinians when he writes:

The world’s withdrawal is unacceptable: The international community does not have the option to leave the status quo as is, even if that is Israel’s most fervent wish.

To call the world back from withdrawal, Levy says we must embrace “a new way, one that has never been tried before”.

Both the message and the medium must change, to a message of civil rights and the medium of punishment. The previous route included sycophancy toward Israel, one carrot after another in order to please it. It was a resounding failure. It only gave Israel an incentive to further entrench its policy of disinheritance.

Levy tells the world that it cannot “lend its hand” to Israel’s “policy of disinheriting” the rights of Palestinians.

It is unacceptable in the 21st century, for a state that purports to be a permanent member of the free world to keep another nation deprived of rights.

The two-state discussion must now become a discussion of rights. . . .Equal rights for all; one person, one vote – that should be the message of the international community. After all, what could Israel say to this new message? That there cannot be equal rights because the Jews are the chosen people? That it would endanger security? .   .   .   .

At the same time, the entire approach to Israel must be changed. As long as it does not pay the price for the occupation and its citizens go unpunished, they will have no reason to end it, or even to deal with it. .  .  .   .

For this reason, only punitive measures will remind us of [occupations’s] existence. Yes, I mean boycotts and sanctions, which are greatly preferable to bloodshed.

Levi’s case is both overwhelmingly moral, and it is unassailable. And yet, the Presbyterian Church U.S.A. will once again argue among themselves on the matter of Israel’s right to occupy and oppress the Palestinian people.

Nor will the argument be limited to representatives of the Presbyterian Church. They will be backed by a campaign of Israeli hasbara (propaganda) which infects every U.S. major denomination, and which makes itself heard on U.S. college and university campuses.

The strongest voices against supporting “punitive measures” against Israel’s occupation  have been liberal Zionists.

One consistent voice exposing the role of liberal Zionism in these church and campus debates, has been that of Charles H. Manekin, an orthodox Jewish studies and philosophy professor, who divides his time between Israel and the US.

Optimist that I am, I thought the younger generation of liberal Zionists was different.  These young activists seemed to have none of the self-induced neuroses of the 1967-generation, those of us who had been taught to believe that Israel was on the brink of extinction before the Six Day War,  a tiny David surrounded by murderous Arab states  (a myth put to rest by historian Avi Shlaim, inter alia, in The Iron Wall.)

Unlike their parents, the millennial generation of liberal Zionists had grown up with a powerful Israel that built illegal settlements, collectively punished Palestinians, erected walls ostensibly for security, but actually for more expropriation of land.

These young people listened avidly to the testimonies of the soldiers of Breaking the Silence, and in some instances were willing to cosponsor events with Students for Justice in Palestine and other Palestinian rights group.

This generation of liberal Zionists may not have endorsed the global BDS movement, but it was not shocked or scandalized by that movement, nor did it see it as anti-Semitic or illegitimate.

Reporting on the campus debate and vote at the University of Washington, in Seattle,  Washington, Haber writes that “the scales have fallen from my eyes”.

At stake in Seattle was:

“a divestment to examine [the U of W’s] financial assets to identify its investments in companies that provide equipment or services used to directly maintain, support, or profit from the Israeli occupation of Palestinian land” and “instruct its investment managers to divest from those companies meeting such criteria within the bounds of their fiduciary duties.”

One would have thought, one would have hoped that J Street U would have linked arms with over fifty Palestinian civil society organizations on this one point, despite its disagreements with them on other points.

A group calling itself J Street U in a campus BDS debate ? Where did that come from?  It came, of course, from that parental liberal Zionist lobby group which calls itself J Street and goes by the slogan, “Pro Israel, pro peace”, without any reference to Palestinians.

J Street has sold itself as the anti-AIPAC liberal Jewish alternative, reaching out to moderate and progressive Jewish voters, organizations and funders.

Now we find that J Street has formed campus chapters, J Street U, with the same orientation. Hasbara is an operation run from Israel and the U.S. It is highly sophisticated and extremely knowledgeable about American culture, religion and politics.

As Haber notes, despite its parentage, “One would have expected that J Street U would stand with the oppressed, even if it meant being barred from the communal tent”.

That did not happen.  The recently-born J Street U at the University of Washington went straight home to the communal tent. It joined, as Haber writes, “not with the oppressed, not even with Jewish organizations like Jewish Voice for Peace,  but rather with AIPAC and with StandWithUS,”

In a remarkable show of Jewish unity, J Street U combined with the other “pro-Israel” forces.”

To the cheers of the right-wingers, another BDS battle had been won by Israel, and now, certainly, J Street U had earned its place at the Jewish communal table.  “Mazal tov, J Street U at U Wash!”

To those who are keeping score, the final student Senate vote was 59 to 8 with 11 abstentions.

Just like their parents and their grandparents generations, the progressive Zionists of J Street U wimped out, preferring tribal loyalty to fighting for justice, preferring it even to their own principles. Or perhaps tribal loyalty is their principle.

After the campus vote, Jerusalem-based Ha’aretz reported from the U.S. campus battle front:

In marked contrast to the seemingly intractable Israeli policy-related divisions that have plagued internal debates at Hillel and Jewish organizations throughout the United States and Canada in recent years, the University of Washington’s pro-Israel community was able to overcome disagreements among its students due to a combination of preplanning, student-driven activism and open dialogue.

“The campaign to defeat divestment had to be student-driven. I was not going to take part in a response that positioned students as puppets of outside Jewish organizations,” said University of Washington Hillel rabbi and executive director Oren J. Hayon.

So, be forewarned you Presbyterians, stay on the alert, you equal rights pro-Palestinian campus political leaders, you face a formidable foe, highly trained to win hasbara battles right in your own backyard.

Finally, in concluding this update on the struggle in churches and on campuses for Palestinian justice, it is appropriate that we conclude with the words of an Olympia, Washington native, Rachel Corrie, who died in the struggle for justice on May 16, 2001.

In the video clip here, famed civil rights activist, Maya Angelou. who died at age 86 on May 28, 2014, reads from an email written by Rachel Corrie, just before Rachel left her home in Olympia, Washington for Gaza.

Two women, one young, another much older, both with a common purpose, the search for justice.

The picture above is of Israeli settlers from the settlement of Yitzhar during a confrontation with Palestinians over an area in Burin village in the West Bank. It was taken on January 14, 2014. The photo is an Associated Press picture from Ha’aretz.

From 1972 through 1999, James M. Wall was editor and publisher of the Christian Century magazine, based in Chicago, lllinois. He was a Contributing Editor of the Century from 1999 until July, 2017. He has written this blog, wall writings.me, since it was launched April 27, 2008. If you would like to receive Wall Writings alerts when new postings are added to this site, send a note, saying, Please Add Me, to jameswall8@gmail.com Biography: Journalism was Jim's undergraduate college major at Emory University, Atlanta, Georgia. He has earned two MA degrees, one from Emory, and one from the University of Chicago, both in religion. He is an ordained United Methodist clergy person. He served for two years in the US Air Force, and three additional years in the USAF reserve. While serving on active duty with the Alaskan Command, he reached the rank of first lieutenant. He has worked as a sports writer for both the Atlanta Journal and Constitution, was editor of the United Methodist magazine, Christian Advocate for ten years, and editor and publisher of the Christian Century magazine for 27 years.
View all posts by wallwritings →
This entry was posted in Middle East Politics, Politics in Religion, Presbyterian Church USA. Bookmark the permalink.

4 Responses to Searching for Justice In Church and On Campus