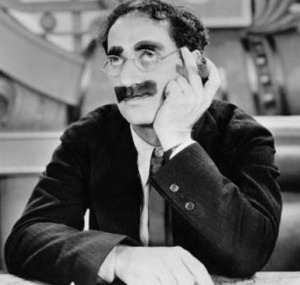 The Times of Israel, Israel’s leading right wing newspaper, can usually be counted on to lead the cheers for any Benjamin Netanyahu Israeli government. Not this time.

After his recent narrow election victory Netanyahu turned to a right wing collection of politicians to construct his latest coalition.

Haviv Rettig Gur, The Times’ political correspondent, wrote that “Prime Minister Benjamin Netanyahu’s coalition-building has been “a disaster,” even “a farce.” He blames it on Netanyahu’s strange amalgam of cabinet ministers.

There is a full minister in the Communications Ministry, but he’s not the communications minister; that title is reserved for the prime minister, who is also the minister of health (but promises not to act as such) and of foreign affairs, a portfolio effectively leaderless at a time of growing diplomatic tensions. The absorption minister is also the strategic affairs minister, while the transportation minister is also in charge of a newly christened “Intelligence Ministry.” And on and on.

In the 1933 movie comedy classic, Duck Soup, Rufus T. Firefly (Groucho Marx, shown above) is building his own coalition to govern Freedonia.

Netanyahu’s series of appointments to his 2015 Israeli cabinet reads like the draft for a movie sequel to Duck Soup, in which Freedonia’s next-door enemy Sylvania, sends two spies to infiltrate Groucho’s government, Chicolini (Chico Marx) and Pinky (Harpo Marx).

Groucho sees Chicolini (left) on the street and promptly selects him as his Minister of War. Next thing you know, Groucho has insulted the Sylvania ambassador because he does not trust him as a partner for peace.

In the clip below, the widow Teasdale tells Groucho she doesn’t want her money financing a war.

Groucho ponders her request. After a brief internal debate with himself, he decides he cannot trust Sylvania. He insults the Sylvania ambassador and instantly, war threatens!

Ha’aretz,  more moderate than the Times, also predicts a dark future for Netanyahu’s 2015 coalition. In their May 18 editorial, Ha’aretz’s editors ask, “Who Will Save Israel from Bibi”?

Simple logic strongly suggests that the new government formed by Prime Minister Benjamin Netanyahu will not bring peace, certainly not on its own initiative. Netanyahu renounced the two-state solution during his election campaign, does not consider Palestinian Authority President Mahmoud Abbas a partner, and sees the United States administration as the enemy.

All this is enough to suppress any hope for a diplomatic turnaround.

Will Netanyahu engage in his own internal Groucho debate in any future standoff? Or will he simply refuse to accept anyone as a partner for peace even as he claims more Palestinian land for Israel?

In a follow-up profile of Ayelet Shaked, Netanyahu’s choice for Justice Minister, Ha’aretz offers this analysis:

The Justice Ministry doesn’t usually garner much interest among Israelis. It is, after all, a mid-level prize, modest compared to more lucrative ministerial posts like Defense, Finance and Foreign Affairs. However the announcement last week that Ayelet Shaked (left) of Habayit Hayehudi would be Israel’s new justice minister seems to have struck a raw nerve. .  .  .

A rather obscure (but combative) right-wing activist up until a few years ago and the only secular woman in the otherwise religious Zionist party led by Naftali Bennett, Shaked has entered politics with the outspokenness and indignation of an activist.

Among other things, she is one of the originators of the so-called “nation-state bill” that aims to turn Israel’s democratic values into unwanted subordinates of its Jewish identity. One of the major pieces of legislation she intends to promote as minister is her own so-called “NGO bill,” which limits the donations received by human rights groups and other left-wing organizations.

In Mondoweiss, Allison Deger reported that: “In her inaugural speech to the foreign ministry last Thursday, Deputy Foreign Minister Tzipi Hotovely explained she is on a mission to convince the world that Israel inherited the occupied Palestinian territories from God.

“This land is ours. All of it is ours. We did not come here to apologize for that,” said Hotovely in a meeting of the foreign ministry.

During the address she went on to quote from religious scholars explaining why Israel is not an occupier over the West Bank. Israel’s i24 translated:

“Rashi says the Torah opens with the story of the creation of the world so that if the nations of the world come and tell you that you are occupiers, you must respond that all of the land belonged to the creator of world and when he wanted to, he took from them and gave to us.”

Switching to English, Hotovely closed “by stating she will ‘demand’ world leaders ‘declare Israel as a Jewish national state,’ and back settlement growth in the occupied Palestinian territories”. Mondoweiss posted this short video from The Guardian, of Deputy Minister Hotovely’s closing words (to view the video click below):

Justice Minister Ayelet Shaked’s picture is by AFP.  The video of the Hotovely’s closing speech is from The Guardian. The picture of Minister Hotovely is by Motti Kimchi of Ynet.

From 1972 through 1999, James M. Wall was editor and publisher of the Christian Century magazine, based in Chicago, lllinois. He was a Contributing Editor of the Century from 1999 until July, 2017. He has written this blog, wall writings.me, since it was launched April 27, 2008. If you would like to receive Wall Writings alerts when new postings are added to this site, send a note, saying, Please Add Me, to jameswall8@gmail.com Biography: Journalism was Jim's undergraduate college major at Emory University, Atlanta, Georgia. He has earned two MA degrees, one from Emory, and one from the University of Chicago, both in religion. He is an ordained United Methodist clergy person. He served for two years in the US Air Force, and three additional years in the USAF reserve. While serving on active duty with the Alaskan Command, he reached the rank of first lieutenant. He has worked as a sports writer for both the Atlanta Journal and Constitution, was editor of the United Methodist magazine, Christian Advocate for ten years, and editor and publisher of the Christian Century magazine for 27 years.
View all posts by wallwritings →
This entry was posted in -Movies and politics, Middle East, Middle East Politics, Movies, Netanyahu, Palestinians. Bookmark the permalink.