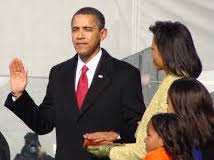 The Los Angeles Times‘ Matt Pearce remembers: “On Aug. 6, 2012, the Twitter account @realDonaldTrump posted an important public announcement: “An ‘extremely credible source’ called my office and told me that @BarackObama’s birth certificate is a fraud’.”

The birther allegation was so obviously false that it should have fallen into the trash heap of absurdity. Instead, an alarming number of Republican voters took the birther nonsense seriously enough to launch Trump’s campaign for president, a campaign one final election away from placing “birther” Trump in the White House.

Who was the source? (Why was “extremely credible source” in quotation marks?) Donald Trump didn’t say. Nor did he offer evidence to back up his claim. But out it went to his millions of Twitter followers.

Trump’s style has not changed. His tweets and public speeches continue with the same misleading bellicosity with the hashtag ‏@realDonaldTrump. Here is one recent 2016 tweet:

The failing @nytimes has become a newspaper of fiction. Their stories about me always quote non-existent unnamed sources. Very dishonest!

The polls, state by state, show that Trump is headed for a blowout defeat. In a normal campaign this would be a call for shift in strategy. Trump, however, is not running a normal campaign.  Why won’t he change?

Donald Trump is not running a campaign to win the American presidency. Rather, he is using his presidential run as a vehicle to achieve a larger personal ambition: To be seen as the leader of a “white [nationalist] awakening” — the term David Duke used to describe his campaign.

Accustomed to political campaigns run to be won, Danou’s proposition appears far-fetched. But is it? Danou again:

By accident or design, Trump is now seeking what he sees as a greater glory than the mere presidency. His strategy could be described as “lose at all costs.” That’s not to say he wants to lose. Far from it. He’d happily advance his agenda from the Oval Office.

That makes more sense. Trump wants to win. He is gambling that his twitter style campaigning could put him in the White House. If he loses?

. . . is willing to pay the price of defeat, denunciation and even disgrace to become a (darkly) transformational figure in American history, organizing and empowering the extreme right, mainstreaming their views with the help of a timid national media, and fully awakening the forces of bigotry and intolerance that lurk in the shadows of American society.

We’ve seen this movie before. The modern state of Israel was founded on the certainty that only Jews should control their state. Ethnic/racial nationalism is another form of white nationalism.

Since 1947, succeeding Israeli governments have marched behind their ethnic nationalism, playing on western guilt to emerge as the last remaining white colonial empire. Non-Jews, the indigenous Palestinians, were to be systematically removed.

The most recent obscene removal action was reported Sunday by Ha’aretz: 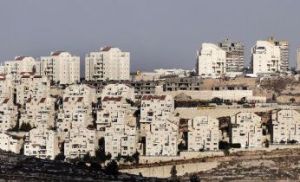 Israel is conducting a land survey between the settlement of Efrat, (right) and the area to its east with an eye toward declaring state land there, according to a document submitted by the state to the High Court of Justice last week. According to the document, the survey has been undertaken “in a manner that will create contiguity of state lands.”

Meanwhile, in the U.S. political campaign which ignores Israel’s oppressive occupation, the latest (August 14) count on Electoral Vote finds Hillary Clinton leading 368 to 164, with six states too close to call.

In the 1980s, [Negroponte] served as the U.S. ambassador to Honduras. In addition to (at best) covering for that country’s murderous autocrats, he also served the Reagan Administration by helping to turn Honduras into a staging area for American-trained death squads in places like El Salvador and Guatemala.

The Republican establishment, aware of the danger to its own brand and vulnerable down-ballot candidates, moved to soften Trump’s tweeter style. Matt Pearce found a more conventional tone in some of Trump’s tweets.

Trump has gotten in trouble several times for retweeting images linked to white supremacists. But Trump’s addition of veteran communications advisor Jason Miller to his campaign in June has corresponded with a somewhat calmer-seeming social media presence. This has led outsiders to scour Trump’s tweets to figure out which are sent by his staff and which are fired off by Trump himself.

One of those outsiders was data scientist David Robinson of New York, who was curious about the professionalization of some of Trump’s recent Twitter feeds.

“A lot of Americans are fascinated with the raw Donald Trump, not the image the campaign puts forward,” said Robinson.

Compiling data from Trump’s tweets, Robinson published a deep analysis this week that showed Trump tweets originating from different devices — both iPhone and Android — and which showed that Android Trump is quite a bit more belligerent than iPhone Trump. . .”When Trump wishes the Olympic team good luck, he’s tweeting from his iPhone. When he’s insulting a rival, he’s usually tweeting from an Android,” Robinson wrote.

The congratulation and thank-you tweets are conventional messages that mean what they say.

From his earliest campaign speeches and tweets, Trump’s warning of Mexican immigrants “flooding across our borders” sends his racist message to those who long for just such a message.

Trump is also preparing his followers with rationale for losing by using a phrase like “rigged election” or a word like “cheating”, a term he employed this weekend in Pennsylvania.

To conclude this journey into the dark side of a possible Trump victory, one spontaneous incident offers hope.

In his Sunday column, which is concerned that Trump is making the U.S. a “meaner nation”, New York Times columnist Nicholas Kristof reported one example of America at its best.

In Georgia, an India-born Muslim named Malik Waliyani bought a gas station and convenience store a few months ago and was horrified when it was recently burglarized and damaged. He struggled to keep it going. But then the nearby Smoke Rise Baptist Church heard what had happened.

“Let’s shower our neighbor with love,” Chris George, the pastor, told his congregation at the end of his sermon, and more than 200 members drove over to assist, mostly by making purchases. One man drove his car around until the gas tank was empty, so he could buy more gas.

Our hope at this moment is that those Smoke Rise Baptists, from Stone Mountain, Georgia, represent more southern voters than those Trump can rouse with his racist “dog whistles”.

The picture at top of Barack Obama being sworn in for his first term in January, 2009, is from Wikipedia. The picture from the illegal Efrat settlement is from Ha’aretz.

From 1972 through 1999, James M. Wall was editor and publisher of the Christian Century magazine, based in Chicago, lllinois. He was a Contributing Editor of the Century from 1999 until July, 2017. He has written this blog, wall writings.me, since it was launched April 27, 2008. If you would like to receive Wall Writings alerts when new postings are added to this site, send a note, saying, Please Add Me, to jameswall8@gmail.com Biography: Journalism was Jim's undergraduate college major at Emory University, Atlanta, Georgia. He has earned two MA degrees, one from Emory, and one from the University of Chicago, both in religion. He is an ordained United Methodist clergy person. He served for two years in the US Air Force, and three additional years in the USAF reserve. While serving on active duty with the Alaskan Command, he reached the rank of first lieutenant. He has worked as a sports writer for both the Atlanta Journal and Constitution, was editor of the United Methodist magazine, Christian Advocate for ten years, and editor and publisher of the Christian Century magazine for 27 years.
View all posts by wallwritings →
This entry was posted in Donald Trump, Hillary Clinton, Politics and Elections. Bookmark the permalink.