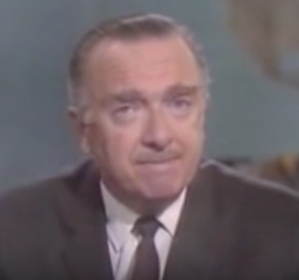 Lying to gain and keep power, is now officially the Order of the Day. The American voting public approved lying as an established form of governing, when it elevated an established liar as President in 2016.

Oy Vey is a Yiddish expression indicating dismay or grief. It derives its meaning from the German “ach weh”, which in English, is “oh pain”.

I know, I know, lying has long been a staple of American politics, a staple which came in with the Constitution. But when we elected someone who made lying the Order of the Day, it went from being a dark shadow over American politics to a total eclipse.

Those Americans who had any hope that peace in the Middle East might be possible with the support of the progressive/liberal wings of the Democratic Party, will not be encouraged to learn of the lineup of speakers arranged for the annual 2018 AIPAC Policy Conference, March 4-6.

In a year when Trump’s election has provided Israel greater freedom to step up its oppressive military occupation of Palestine, AIPAC expects “more than 18,000 community and student activists from all 50 states, and more than half of the Senate, a third of the House of Representatives and countless Israeli and American policymakers and thought leaders”.

A partial speaker’s list is always released a week early. Take careful note of these expected AIPAC speakers. Click on this Mondoweiss link to read the full story.

He did it by telling the truth in one dramatic moment.

Mark Bowden wrote an account of that Cronkite moment under this New York Times   headline,

“When Walter Cronkite Pronounced the War a Stalemate”

One of the enduring myths of the Vietnam War is that it was lost by hostile American press coverage.

Exhibit A in this narrative is Walter Cronkite, the CBS News anchor, billed as the nation’s most trustworthy voice, who on Feb. 27, 1968, told his audience of millions that the war could not be won.

. . . when Cronkite aired his bleak but decidedly middle-of-the-road assessment of the war 50 years ago, immediately after the Tet offensive, it was a significant departure.

It struck like revelation. From the pinnacle of TV’s primetime reach, he had descended to pronounce:

Below is the text of the statement above:

“To say that we are closer to victory today is to believe, in the face of the evidence, the optimists who have been wrong in the past. To suggest we are on the edge of defeat is to yield to unreasonable pessimism. To say that were are mired in stalemate seems the only realistic, yet unsatisfactory, conclusion.”

Mark Bowden notes that Cronkite’s words were not “radical”, but they resonated with President Lyndon Johnson, who “a few weeks later announced that he would not seek re-election and would devote the reminder of his term to reducing hostilities and moving ‘toward peace.’ Not victory, ‘peace’.”

Cronkite’s report was significant. It contributed greatly to the shift in public opinion against the war. But there was no immediate, radical turn. Most polls would continue to show narrowing but clear public support for the war for years to come. Richard Nixon was elected later that year, and vigorously prosecuted the war for six years more.

If Cronkite was wrong, if the war was in fact being won and winnable, there were ample resources, time and commitment to prove it. In fact, Cronkite was right. The war was not being won, nor would it be.

It took time, but Cronkite’s 1968 moment of truth-telling, and President Johnson’s decision not to run for another term, played major roles in ending the Viet Nam war.

Could it happen again?  We do not know. What we do know is Walter Cronkite was on a routine reporting trip to Viet Nam, when he “became convinced that he had been misinforming the public about the war’s progress.”

Cronkite might have ignored his doubts. Instead, he told his national audience, “It seems now more certain than ever that the bloody experience of Vietnam is to end in a stalemate.”

All the more reason we must not lose hope, as we remain alert to signs, large and small, signs like a single television broadcast 50 years ago.

The picture of Walter Cronkite at top, is a screen shot.

From 1972 through 1999, James M. Wall was editor and publisher of the Christian Century magazine, based in Chicago, lllinois. He was a Contributing Editor of the Century from 1999 until July, 2017. He has written this blog, wall writings.me, since it was launched April 27, 2008. If you would like to receive Wall Writings alerts when new postings are added to this site, send a note, saying, Please Add Me, to jameswall8@gmail.com Biography: Journalism was Jim's undergraduate college major at Emory University, Atlanta, Georgia. He has earned two MA degrees, one from Emory, and one from the University of Chicago, both in religion. He is an ordained United Methodist clergy person. He served for two years in the US Air Force, and three additional years in the USAF reserve. While serving on active duty with the Alaskan Command, he reached the rank of first lieutenant. He has worked as a sports writer for both the Atlanta Journal and Constitution, was editor of the United Methodist magazine, Christian Advocate for ten years, and editor and publisher of the Christian Century magazine for 27 years.
View all posts by wallwritings →
This entry was posted in Uncategorized. Bookmark the permalink.