“Listen, my children, and you shall hear, of the midnight ride of Paul Revere” 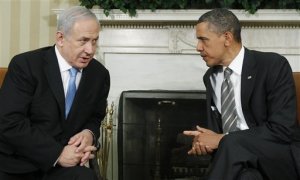 “Listen, my children, and you shall hear, of the midnight ride of Paul Revere”, launches the poem, “Paul Revere’s Ride” by Henry Wadsworth Longfellow (1807 – 1882).

Those opening words came to memory as I read the latest posting from one of my most trusted and reliable Jewish sources, Phillip Weiss.

On the site he co-founded, Mondoweiss, Phillip Weiss wrote under the headline, “Don’t accept the rules for how to criticize the Israel lobby”  :

A maddening element of the Ilhan Omar controversy is all the experts offering instruction on The right way and the wrong way to criticize the Israel lobby.

Why must someone who sees a dreadful faction working to skew US policy-making walk on eggshells when attacking it? Do the Parkland students hold back about their target lobby? Do advocates for abortion rights issue rules of rhetorical niceness when they see the enemy gathering across the Supreme Court plaza?

Oh– but you are talking about Jewish influence.

Actually we have made that distinction: we are talking about Zionist influence.

My high school English teacher encouraged her students to become familiar with Longfellow’s poem. I know she succeeded with me, because here I am, reading Phillip Weiss many decades later, and saying to myself, you must share this.

Which is what leads me to write: Listen, and you shall read, not the story of a British invasion, but the invasion of the Israel Lobby into every personal corner and public square of American life.

Phillip Weiss’ latest posting led me to utilize Longfellow’s poem to sound the alarm that the current discussion of Zionism and Judaism has been politically manipulated, not just by members of the Jewish community, but by Zionists of all stripes, including Christian fundamentalists.

The goal of that highly-successful Lobby invasion, is to totally erase the distinction between the political ideology of Zionism, a 19th century political-phenomenon of exclusivism, and religious/ethnic Judaism.

This unholy merger of Zionism with Judaism was predicted by many Jewish religious leaders when the modern state of Israel was created in 1947-48. Their warning was simple: A state established for Jews, is an act of idolatry, a move to replace Yahweh with the worship of a state.

Those Jewish leaders knew Zionism for what it is: Idolatry. It is not anti-semitic to criticize a state which demeans and seeks to eliminate non-Jewish residents.

Through both its words and deeds, anti-semitism is evil and deplorable. Criticism of Zionism is not anti-Semitism. To erase that distinction, which the Israel Lobby does repeatedly, demands corrective criticism.

Such criticism is rarely found in either the halls of Congress or in our mainstream media.

Columnist Eric Margolis had the right response for Speaker Pelosi and other Omar attackers, when he wrote under his capitalized headline, MORE POWER TO YOU MISS OMAR:

Now, young Democratic stars Tulsi Gabbard, Kamala Harris, Alexandria Ocasio-Cortez and a feisty congresswoman from Minnesota, Ilhan Omar, have suddenly broken the taboo and said what dared not be said: there is too much rightwing Israeli influence and there must be justice for Palestine. (boldface added).

The midnight ride of Paul Revere recalls a journey from history which may now be seen as recalling a more recent invasion in our history, one which has reduced an unwitting nation to a bondage to the Israel (Zionist) Lobby.

We must guard against that invasion which works so effectively to shape each new generation into a bondage of loyalty to a foreign power.

This week we have the latest example of how a racially-based ideology led to the horrific slaughter of at least 49 Muslims in Christchurch, New Zealand. The man charged in the massacre is a white nationalist from Australia.

The Israel Lobby exploits Americans with its message that merges Zionism, a political ideology, with Judaism, a racial ethnicity and a religion. It must be repeated: Zionism and Judaism  are not the same, just as white nationalism, an ideology of exclusion, is not the same as the white race.

“So listen my readers, we must be “ready to ride and spread the alarm” against a foreign power.

Below are the first stanzas of Longfellow’s poem which I want my grandchildren and great- grandchildren to read and remember, perhaps even memorize.

Listen, my children, and you shall hear
Of the midnight ride of Paul Revere,
On the eighteenth of April, in Seventy-Five:
Hardly a man is now alive
Who remembers that famous day and year.

He said to his friend, “If the British march
By land or sea from the town to-night,
Hang a lantern aloft in the belfry-arch
Of the North-Church-tower, as a signal-light,–
One if by land, and two if by sea;
And I on the opposite shore will be,
Ready to ride and spread the alarm
Through every Middlesex village and farm,
For the country-folk to be up and to arm.”

In closing, for an example of how carefully the New York Times walks on the egg shells of any discussion of Israeli malfeasance, travel back to December, 2018, when the Times felt compelled to take note of the blatant anti-Palestinian act rapidly moving through the Congress.

The act was initially referred to as an anti-boycott act aimed at BDS supporters, but as we now know, the absurdity of the proposal fell under the pressure of the new members of Congress, and their allies.  A revised act made no critical mention of any specific Congressional members. It only came out against hatred.

Key paragraphs of the Times’ editorial sought to encourage Israel to stop behaving inappropriately. It does so with the caution a university president might use with his major donor whose son has been caught cheating on an exam.

Note especially the use of the words, “silence one side of the debate”, when reality would call for “silence the Palestinians under military occupation.” Below is the egg-shell-walking paragraph:

Although the Senate sponsors vigorously disagree, the legislation, known as the Israel Anti-Boycott Act, is clearly part of a widening attempt to silence one side of the debate. That is not in the interests of Israel, the United States or their shared democratic traditions.

Critics of the legislation, including the American Civil Liberties Union and several Palestinian rights organizations, say the bill would violate the First Amendment and penalize political speech.

All true conclusions, which for the Times, reflects progress. But is it not time for the New York Times to accept the reality that Palestinians are not involved in a “debate” between equals? They are, in fact, an occupied people seeking freedom.

The picture above from 2011 of current Israeli Prime Minister Benjamin Netanyahu, and former American President Barack Obama, is from Reuters.

From 1972 through 1999, James M. Wall was editor and publisher of the Christian Century magazine, based in Chicago, lllinois. He was a Contributing Editor of the Century from 1999 until July, 2017. He has written this blog, wall writings.me, since it was launched April 27, 2008. If you would like to receive Wall Writings alerts when new postings are added to this site, send a note, saying, Please Add Me, to jameswall8@gmail.com Biography: Journalism was Jim's undergraduate college major at Emory University, Atlanta, Georgia. He has earned two MA degrees, one from Emory, and one from the University of Chicago, both in religion. He is an ordained United Methodist clergy person. He served for two years in the US Air Force, and three additional years in the USAF reserve. While serving on active duty with the Alaskan Command, he reached the rank of first lieutenant. He has worked as a sports writer for both the Atlanta Journal and Constitution, was editor of the United Methodist magazine, Christian Advocate for ten years, and editor and publisher of the Christian Century magazine for 27 years.
View all posts by wallwritings →
This entry was posted in Israel, Judiasm, Middle East, Palestinians, Religious Faith. Bookmark the permalink.

4 Responses to “Listen, my children, and you shall hear, of the midnight ride of Paul Revere”