Can a Cone of Silence Exist in a World With Evil? 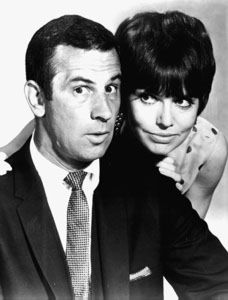 99: Oh, Max what a terrible weapon of destruction.

Smart: Yes. You know, China, Russia, and France should outlaw all nuclear weapons. We should insist upon it.

Smart: Then we may have to blast them. That’s the only way to keep peace in the world.

Rick Warren is one smart and not so crazy guy. He names a California church Saddleback and still builds it into a 20,000 member institution that shoots to the top of the mega church charts. He writes a best selling religion/psychology self-help book that appeals to evangelicals and non believers alike. He makes friends easily, two of whom are now running for president. In institutions like the church and politics, it is not truth that speaks to power, but power that speaks to power.

After a few phone calls to his two political friends, they show up on the stage of his Saddleback Church to talk religion and politics.  And right away, we know Rick Warren knows how to conduct an interview to his own liking. He does not want a debate;  he just wants his two guests, Barack Obama and John McCain, to appear on stage with him, separately, before a national television audience, where they dutifully answer identical questions of interest to Warren and his national constituency.

With these interviews Warren attempts to seize Billy Graham’s mantle as the nation’s national chaplain. The secular media is eager to help. Religion can be so frustratingly complex that the media measures the level of religious faith by asking “do you go to religious services once a month, every week or every day?”  They do appreciate it so much when the professional God people keep it simple.

Rick Warren sure did keep it simple at his Saddleback colloquy, so simple that post-colloquy discussion hardly noticed what he let slide and what he cherry-picked by his questions that played to the public and media crowd that prefers to keep religion on the surface: Are you for or against same sex marriage?; do you want to eradicate disease and poverty?; have you done bad things in your life (like stealing an apple or cheating on your spouse.)?

No wonder John McCain was judged to be the winner. The place was wired for him, the questions, the easy answers, the audience, the media’s ignorance on religion and its disdain for nuance. McCain was chosen to go second but would not be able to hear the questions and Obama’s answers. Warren promised us he would keep McCain under a “cone of silence”.

Hey, folks, this is television. They were expected to abide by a code of honor they first broke on the playground when they played hide and seek? The term comes from a television series, for goodness sake, with Maxwell Smart sitting under a “cone of silence” so the enemy would not hear his secret. Not even McCain’s favorite former president, Ronald Reagan, would fall for that one. Remember, “trust, but verify?”

Of Course He Knew

Of course, McCain knew the questions going into his segment and he knew Obama’s answers. Frankly, what difference did it make. What the colloquy, with Warren’s questions skewed to his own political views, actually revealed was the character of the two candidates. By exposing their world views under the spotlight of Warren’s softball evangelical-oriented questions, viewers saw the stark contrast between Obama and McCain.

Obama, going first, answered Warren’s question on the existence of evil in his careful and thoughtful manner, while McCain promised to see evil as the current incumbent president sees it (third term, anyone?). Complex awareness versus militant “us against them” simplicity; which man do you want answering that 3 a.m. phone call?

The moment Rick Warren asked his question on evil,  blogger Gary Paul Corcoran, writing on the Talking Points Memo website, saw McCain for what he is, a politician playing to an audience which has been conned into believing for the past eight years that military power is the answers to all problems.

Warren had asked, “does evil exist, and if it does, do we ignore it, do we negotiate with it, do we contain it or do we defeat it?” Obama answered the first part of the question to the affirmative, went on to explain evil’s many guises, from Darfur to ourselves and our own domestic policies, spoke in terms of “confronting” it but cautioned about the need for humility. A lot of evil has been perpetrated over the years in the name of good.

When asked the same question, McCain, who we now know was peeking from behind the curtain, channels Charlton Heston as Moses in contrast to Obama’s answer. “Defeat it,” he says to a raucous round of applause and with a look as stern as old prophets.

The fact is, McCain never even bothered to address the first part of the question, or to frame his answer in terms other than us against them.

What the colloquy revealed about McCain is that his value system is narrowly focused, far too much so for a multi-cultured nation like ours.  McCain said:  “Our Judeo-Christian principles dictate that we do what we can to help people who are oppressed throughout the world.” McCain’s fellow world traveler and dark horse vice presidential possibility, Joe Lieberman, echoes this same focus when he campaigns for McCain.

The Boston Globe has studied McCain’s steady use of “Judeo-Christian” in his comments on religion. In a column written (August 19),  the Globe’s Washington bureau chief Peter S. Canellos noted an early primary Judeo-Christian focus by McCain.

On a frozen winter evening at a Town Hall meeting in a school in the Manchester, N.H., suburbs, John McCain expressed surprise and irritation with an intelligence report downplaying the threat of Iran’s nuclear program.

At the end of a long list of reasons to be suspicious of the Iranians, McCain declared: “And they sure don’t share our Judeo-Christian values.”

It seemed at the time to be an odd thing to say about a Muslim country. After all, even if there were no nuclear program, no oil, and no rabble-rousing president, Iran still wouldn’t have Judeo-Christian values. And it’s troubling to wonder if that alone would be a reason for suspicion. . . .

McCain’s view of American power harkens back to the World War II era, when the United States held the moral high ground as liberator. He is a staunch interventionist, both on humanitarian and national-security grounds.

To most of the world, especially in Muslim nations, there is an enormous difference between standing up for freedom and standing up for Judeo-Christian values, but McCain conflates the two. And sometimes, his use of the term seems more than accidental.

New York Times Columnist David Brooks defends, or more often explains, McCain, speaking as an old friend who wishes the “old” McCain could return to his senses. He blames the staff and not McCain for his current tactics.

The man who hopes to inspire a new generation of Americans now attacks Obama daily. It is the only way he can get the networks to pay attention.

Some old McCain hands are dismayed. John Weaver, the former staff member who helped run the old McCain operation, argues that this campaign does not do justice to the man. The current advisers say they have no choice. They didn’t choose the circumstances of this race. Their job is to cope with them.

And coping is what McCain is doing. The polls say it is working; the race is still close. So far, McCain, and his advisors are counting on the media to help them keep the voting public under Warren’s “cone of silence” long enough for McCain’s tough talk–and his insensitivity to all religions and cultures not under the Judeo-Christian blanket–viable through November 4.

The picture and excerpt at the top of this post are from the archives of the Museum of Broadcasting Communications, Chicago, Illinois. They are from the Get Smart episode Appointment in Sahara. Behind the two characters is an image of a mushroom cloud.

From 1972 through 1999, James M. Wall was editor and publisher of the Christian Century magazine, based in Chicago, lllinois. He was a Contributing Editor of the Century from 1999 until July, 2017. He has written this blog, wall writings.me, since it was launched April 27, 2008. If you would like to receive Wall Writings alerts when new postings are added to this site, send a note, saying, Please Add Me, to jameswall8@gmail.com Biography: Journalism was Jim's undergraduate college major at Emory University, Atlanta, Georgia. He has earned two MA degrees, one from Emory, and one from the University of Chicago, both in religion. He is an ordained United Methodist clergy person. He served for two years in the US Air Force, and three additional years in the USAF reserve. While serving on active duty with the Alaskan Command, he reached the rank of first lieutenant. He has worked as a sports writer for both the Atlanta Journal and Constitution, was editor of the United Methodist magazine, Christian Advocate for ten years, and editor and publisher of the Christian Century magazine for 27 years.
View all posts by wallwritings →
This entry was posted in -Archive 2008, Media, Politics and Elections, Religious Faith. Bookmark the permalink.

2 Responses to Can a Cone of Silence Exist in a World With Evil?