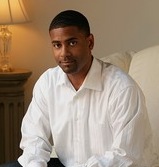 When word came that Barack Obama had selected Rick Warren to give the opening prayer at his inauguration, you had to wonder, was Otis Moss III already booked?

Warren has been a leading warrior in the culture wars that have divided the nation. Reaction in opposition to Warren was swift and predictable. Many of Obama’s enthusiastic support base felt betrayed. Warren has every right to voice his opposition to the GLBT community and to speak out against choice. But that does not earn him the right to pray while the whole world watches on January 20.

Why did Obama choose a leading general in the culture wars when he could have selected someone with whom the Obama family already has a religious connection? Why not ask the Rev. Otis Moss III, Obama’s young, dynamic pastor at Chicago’s Trinity United Church of Christ, the church where Barack and Michelle Obama were married and where their children were baptized.

Moss, who is African American, (and the son of the Rev. Otis Moss, Jr, a contemporary of Martin Luther King)  may or may not agree with Warren on the culture war issues. Many African American pastors and church members oppose choice and gay marriage. But Moss has not been a general in that war, firing off remarks highly offensive to the other side.

Which raises the obvious question: Who, in the name of all that is sacred, advises Obama on religious matters? It cannot possibly be anyone who knows American religion as well as his economic advisors know hedge funds and derivates. Obama’s secular advisors, on this matter at least, are tone deaf to American religious life.

And yes, Trinity United Church of Christ was for many years the home of the prophetic preacher, the Rev. Jeremiah Wright. But Wright has retired. Otis Moss III was called to the Trinity pulpit in February, 2008.  Moss became pastor of the church at a difficult time, but as he demonstrated in a Chicago press conference,  he was up the assignment.

Now is the time for healing. Bringing Otis Moss III to Washington on January 20 would have said, change is coming. This is our moment to transcend divisiveness. This is the time to transcend the culture wars, not bring them to the inaugural in the form of a prayer. This is a time for the nation to celebrate, not argue.

Moss should have been an easy choice. He is not only the Obamas’ pastor. He is also the pastor of a United Church of Christ congregation, a part of a denomination which by a recent count, has 1,330,985 members worldwide.  spread over more than 6000 local churches.

Numbers should never be the measure of religious influence, but in a nation that needs desperately to rebuild a sense of community, it is a matter of some significance that Trinity belongs to a denomination formed by the union of four different historic Protestant traditions, Congregational Churches, the Reformed Church in the United States, The Christian Churches, and the Evangelical Synod of North America.

With all due respect and admiration for what Rick Warren has accomplished, Brother Rick is not rooted in a denomination with worldwide connections. He is part of a new phenomenon in American religious life, the individual local mega church movement with congregations that rise and fall on the personalities of entrepreneurial leaders of the sprit.

It is no small accomplishment to start with an initial knock on the door of a new housing development on the way to building a congregation that now reaches 20,000 members. But why pick one success story pastor among the meta church phenomenon and ignore all the others?  Even one as innovative as Warren, who in 2005 rented a baseball stadium for a single service so he could preach to his entire congregation at one time.

It is also impressive to write a book that sells zillions of copies to a religious market, a book whose author traveled below the radar screen of the nation’s opinion makers until he turned up hosting a nationally televised debate between two presidential candidates on the stage of his church. That successful author had the audacity to name his church, Saddleback, which sounds more like a California dude ranch than a place to worship, which probably helped in reaching the unchurched or the fallen away crowd.

Zero to 20,000 members, you have to admit, the guy is good. But does that qualify him to pray before the entire world at the inaugural? Do Obama’s advisors think the evangelical community has voted to make Rick Warren their new Billy Graham? No way.

So why will Warren, a successful spiritual entrepreneur, deliver that prayer? Was it because Diane Feinstein,  chair person of the Inaugural Committee, wanted Warren because he is from California? Surely, that could not be it, even if, as one blogger suggests, Feinstein wants to run for governor of California in 2010. There must be other reasons.

Maybe Obama wants to show he is able to say no to his base in the little symbolic moments like inaugural prayers. But saying no is not the way to govern a nation in need of healing. It is true that Obama chose the Rev. Joe Lowery to deliver the inaugural benediction, a good choice for many obvious reasons. Lowery is an icon in the civil right movement and deeply rooted in the African American community. His comments at Coretta Scott King’s funeral testify to his qualifications.

Sorry, Mr. President-elect, picking your own pastor, Otis Moss III, to deliver the inaugural prayer, should have been a slam dunk. You are going to have to come up with a superior inaugural address of your own to make up for this one. And please, in the meantime, get yourself some religious advisors who understand American religion as well as you understand American politics.

From 1972 through 1999, James M. Wall was editor and publisher of the Christian Century magazine, based in Chicago, lllinois. He was a Contributing Editor of the Century from 1999 until July, 2017. He has written this blog, wall writings.me, since it was launched April 27, 2008. If you would like to receive Wall Writings alerts when new postings are added to this site, send a note, saying, Please Add Me, to jameswall8@gmail.com Biography: Journalism was Jim's undergraduate college major at Emory University, Atlanta, Georgia. He has earned two MA degrees, one from Emory, and one from the University of Chicago, both in religion. He is an ordained United Methodist clergy person. He served for two years in the US Air Force, and three additional years in the USAF reserve. While serving on active duty with the Alaskan Command, he reached the rank of first lieutenant. He has worked as a sports writer for both the Atlanta Journal and Constitution, was editor of the United Methodist magazine, Christian Advocate for ten years, and editor and publisher of the Christian Century magazine for 27 years.
View all posts by wallwritings →
This entry was posted in Religion and politics, Religious Faith. Bookmark the permalink.