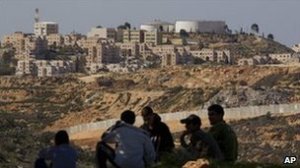 The US has cast its first Obama UN veto, rejecting a Security Council resolution which would have condemned Israeli settlements in the Palestinian territories “as an obstacle to peace”.

The BBC reported that “all 14 other members of the Security Council backed the resolution, which had been endorsed by the Palestine Liberation Organisation.”

A top Fatah leader and former Palestinian intelligence official, Tawfik Tirawi, told the Palestinian newspaper Ma’an that the veto “amounted to ‘blackmail”. He said it exposed the true face of America as well as the extent to which its role in the Middle East peace process harmed Palestinian interests.

Israel said it was deeply grateful to the United States after it vetoed a United Nations resolution put forward by the Palestinian leadership condemning Israeli settlement activity. Prime Minister Benjamin Netanyahu’s office said in a statement, “Israel deeply appreciates the decision by President Obama to veto the Security Council Resolution”.

This weekend, a new member enrolled in Likud – and not just in the ruling party, but in its most hawkish wing. . . .The first veto cast by the United States during Obama’s term, a veto he promised in vain not to use as his predecessors did, was a veto against the chance and promise of change, a veto against hope. This is a veto that is not friendly to Israel; it supports the settlers and the Israeli right, and them alone.

Ambassador Susan Rice tried to explain the veto in her statement to the Security Council. She said that even though the US vetoed the resolution,

Continued settlement activity violates Israel’s international commitments, devastates trust between the parties, and threatens the prospects for peace….While we agree with our fellow Council members—and indeed, with the wider world—about the folly and illegitimacy of continued Israeli settlement activity, we think it unwise for this Council to attempt to resolve the core issues that divide Israelis and Palestinians. We therefore regrettably have opposed this draft resolution.”

Ambassador Susan Rice’s statement was astonishingly defensive – she went to great lengths to claim that the U.S. actually agrees with the resolution, that no one has done more than the U.S. to support a two-state solution, that the U.S. thinks settlement activity (not, we should note, the continuing existence of longstanding settlements now home to 500,000 illegal Jewish settlers in the West Bank and occupied East Jerusalem) violates Israel’s international commitments and more.

She tried to convince the world that “opposition to the resolution should not be misunderstood” to mean the U.S. supports settlement activity – only that the Obama administration “thinks it unwise” for the United Nations to try to stop that settlement activity.

She defined settlements as one of the “core issues that divide Israelis and Palestinians,” not as a violation of international law and a host of specific UN resolutions. Therefore, she claimed, the issue was just one of the wrong venues for this debate.

We’re really against settlements, she pleaded, we just want to end them OUR way. On OUR terms. In OUR peace talks.

And we all know how well that’s gone so far.

In a recent Huffington Post essay written before the veto, Ussama Makdisi, whose latest book is Faith Misplaced: The Broken Promises of US-Arab Relations: 1820-2001, asks: “Why is the US afraid of Arab democracy?”

It is a good question from the Rice University, Palestinian American scholar, who is a member of a distinguished family that includes Makdisi’s uncle, Edward Said.

Makdisi was responding to the “outrage of the people” of the Middle East over what is “more than a revolution in Arab affairs”.

illegitimate governments and the economic and political despair these governments have engendered, the mass protests are also a revolt against American foreign policy itself.

For decades, successive U.S. Republican and Democratic administrations have supported repressive Arab regimes in the name of the “stability” of a strategic, oil-rich region. This discourse of stability rationalized repression of Arab citizens.

The US veto of the UN anti-settlement resolution is jarringly out of step with the demand for democracy from Middle East Arabs, including Palestinians. The old order is rapidly changing.

That demand has been received with enthusiasm by progressives and freedom loving Americans. The enthusiasm  is muted, however, among US conservatives and among PEPs (Progressive Except for Palestine) in the American government and other ruling elites.

The source of that reluctance is no surprise. The Media Line: The MidEast Media News Source reports on reactions from Israel, under the headline, “Israel to World: Don’t Be So Fast to Push Democracy on Middle East”.

I kid you not, that is the headline.  See the full report for yourself, by clicking on the Media Line title above.

While touting its own democratic credentials, Israel has been warning the world not to let experiments in democracy spread across the Middle East, lest Islamic fundamentalists are voted in.

“We don’t want to stay the only democracy in the Middle East. We would love to live in a neighborhood where all countries are democratic. But is it feasible now?” Deputy Prime Minister Dan Meridor said in an interview with The Media Line.

Israel’s response to the current Arab uprising in the region is consistent with the way Israel responded to the February, 2006 Parliamentary democratic elections in Palestine, an election only reluctantly agreed to by Israel. The US assumed Fatah would win the election in both the West Bank and Gaza.

This 2006 Arab democracy experiment in Israel’s immediate neighborhood delivered these unexpected (to the US) results:

Hamas won 74 Parliament seats out of 132, while the then-ruling party, Fatah, won 45 seats.  In any democratic election, that is a victory for Hamas. International observers, including a team organized by President Jimmy Carter, reported that the election was conducted fairly.

This information on the results of the 2006 elections won by Hamas is from The Goldstone Report: The Legacy of the Landmark Investigation of the Gaza Conflict, edited by Adam Horowitz, Lizzy Ratner and Philip Weiss.

This book includes an introduction by Naomi Klein, along with major sections from the Report and additional essays providing context of Israel’s 2008-09 invasion of Gaza.

And just what was Israel’s 2007 response to Arab democracy in its neighborhood? More than half of the elected Hamas Parliament members were thrown into Israeli jails. Israel, the US and the EU imposed economic sanctions on Gaza, after a US-Israel organized and sponsored Fatah coup failed to overthrow Gaza’s Hamas government.

That economic sanction on Gaza has been enforced by Israel with the consistent cooperation of President Mubarak’s Egyptian government. The sanctions have crippled the Gaza economy and punished its population.

Now, Gaza’s southern flank is guarded by Mubarak’s replacement government, an army leadership which has promised to hold democratic elections. Will the US join Israel in putting pressure on Egypt’s emerging government to continue to seal off Gaza’s southern border?

Ussama Makdisi concludes his recent Huffington Post essay on the current demand for democracy in the Middle East, with an analysis that would encourage the White House if only the President would listen to scholars like Makdisi, who operate beyond the Washington beltway.

As events in Egypt have demonstrated, Arab autocrats will not abdicate willingly. But ordinary people insist on real change. Mubarak’s sudden downfall is a testament to the strength of a human desire for dignity.

Because its hegemony in the Middle East has been so unpopular, the United States may soon have to confront a day of reckoning when Arabs finally achieve their democratic rights.

The irony is that the idea of self-determination began with an American president, Woodrow Wilson. Yet this idea has been systematically betrayed by the US in the Middle East since 1947.

2011 may well mark the beginning of the end of corrupt Arab regimes. And with the fall of these regimes there will be an opportunity to build not only a free Arab world, but an American foreign policy that supports this powerful current, and not, as it has done for decades, stand in its way.

Presidential leadership will be required to redirect US policy toward what Makdisi terms, “this powerful current”. President Obama will be conducting this struggle on his own.  He cannot expect any support from the US Congress.

He will need strong citizen support.  He will also need help from progressive politicians and religious communities. This would be a good time for PEPs (Progessive Except for Palestine) to respond to Middle East demands for real democracy.

In the picture at top, taken on the day the US vetoed the UN resolution condemning Israeli settlements, Palestinian teenagers are shown looking at the exclusive Jewish settlement of Modiin in the West Bank. The picture is from the BBC web site.  It is an Associated Press photo.

Our Wall Writings Alert mailing list continues to grow with new readers. Other readers receive an alert from helpful readers who forward the alert to their own mailing lists.  Sabeel has been an especially valuable ally in doing this, for which we are most grateful.

However, we can not expect Sabeel, nor other web sites and groups, to forward all of our postings. To be sure you will receive the full range of Wall Writings postings, send an email to jameswall8@gmail.com. Write on the subject line, “Please add me”.

From 1972 through 1999, James M. Wall was editor and publisher of the Christian Century magazine, based in Chicago, lllinois. He was a Contributing Editor of the Century from 1999 until July, 2017. He has written this blog, wall writings.me, since it was launched April 27, 2008. If you would like to receive Wall Writings alerts when new postings are added to this site, send a note, saying, Please Add Me, to jameswall8@gmail.com Biography: Journalism was Jim's undergraduate college major at Emory University, Atlanta, Georgia. He has earned two MA degrees, one from Emory, and one from the University of Chicago, both in religion. He is an ordained United Methodist clergy person. He served for two years in the US Air Force, and three additional years in the USAF reserve. While serving on active duty with the Alaskan Command, he reached the rank of first lieutenant. He has worked as a sports writer for both the Atlanta Journal and Constitution, was editor of the United Methodist magazine, Christian Advocate for ten years, and editor and publisher of the Christian Century magazine for 27 years. James M Wall died March 22, 2021 at age 92. His family appreciates all of his readers, even those who may have disagreed with his well-informed writings.
View all posts by wallwritings →
This entry was posted in Middle East Politics. Bookmark the permalink.

15 Responses to US Vetoes Anti-Settlement Resolution