Posted on September 26, 2012 by wallwritings

President Barack Obama was at his eloquent best when he addressed the United Nations General Assembly this week.

Until, that is, he inserted a jarring note that was anything but eloquent.  It sounded, in fact, like a left over paragraph from Obama’s last speech to AIPAC.

Note the following contrast between the President’s explanation of why the United States does not ban even ugly and demeaning speech like that which appeared in the recent movie trailer that blasphemed the Prophet Muhammed.

Americans have fought and died around the globe to protect the right of all people to express their views – even views that we disagree with.
We do so not because we support hateful speech, but because our Founders understood that without such protections, the capacity of each individual to express their own views, and practice their own faith, may be threatened.

Near the end of his speech, the President shifted both his tone and content.  No longer did he wish to defend free speech; it was time to move from his statesman mode to that of a politician running for reelection, by adding an obligatory bow of obeisance to Zionism.

Among Israelis and Palestinians, the future must not belong to those who turn their backs on the prospect of peace. Let us leave behind those who thrive on conflict, and those who reject the right of Israel to exist. The road is hard but the destination is clear – a secure, Jewish state of Israel; and an independent, prosperous Palestine.

As a statesman, Obama could have made a bold move and expanded Israel’s “right to exist” to include the “right to exist” of a new “independent, prosperous” state of Palestine. It did not happen. 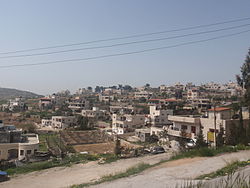 Obama’s “right to practice free speech”, did not embrace the citizens of  Palestinian communities like Beit Ommar (at left), a town of 17,000, located in the Hebron governate of the West Bank.

For the past three years non-violent Palestinian protests, in and around Beit Ommar, have been conducted against Jewish settlements, built, illegally, on Palestinian land.

Beit Ommar, largely unknown in the United States, has found supporters in the European Union. This activism distresses Israel’s leaders, who, in reprisal,  have targeted communities like Beit Ommar. As is its custom, the Israeli occupying forces have imprisoned protesters and, at times, have focused on large families with young and teen-age children.

During this week, in which Obama spoke to the UN of “the right to practice free speech”, two of those Beit Ommar families received intense Israeli attention: 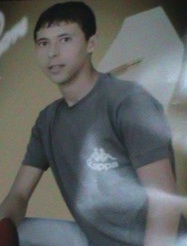 The occupation forces accused Mohammed of using a sling shot and of participating in peaceful demonstrations, therefore they wanted to bring him to Gush Ezion for interrogation. The officers claimed they have pictures of him in both situations.

One and a half hour after storming the family home the occupation forces left with Mohammed. Neighbours threw stones at the soldiers who answered with tear gas and sound grenades. Despite his young age this is Mohammed’s third time in prison.

During the same raid Mohammed’s cousin and neighbour, Tarik Abu Maria, was arrested. He is 18 years old and this is his second time in prison. The officers told Tarik’s family that he will stay in Gush Ezion at least until the court meeting for Mohammed and Tarik which is scheduled to be Thursday 27th of September.

Monday morning Ahmed got a phone call saying Mohammed was to be transferred from Gush Ezion to Ofer prison outside Ramallah.

In another night raid Monday 24th of September the Israeli occupation forces raided the Beit Ommar home of the Ramzy Al Alamy family (shown in picture at top):

Their 15 year old son, Hossein Ramzy Al Alamy, was arrested on March 31st 2012 when he was attending a peaceful demonstration in Beit Ommar. When he was released the judge told Hossein that if he was seen at a demonstration the next four years he would be jailed for seven months.

Monday 24th of September the occupation force wanted to arrest Hossein again. They accused him of participating in peaceful demonstrations next to the [illegal Jewish] colony Karmei Tsur. The occupation forces did not find Hossein at home, and handed his father, Ramzy, an order for Hossein to meet with the military officers in the Gush Ezion colony.

PSP were informed that Hossein and his father went to Gush Ezion around noon Monday 24th. Ramzy returned without his son who now is imprisoned awaiting a court meeting which is not yet scheduled.

This is life under occupation in one town in the southern part of the West Bank, in the governorate of Hebron. These young Palestinians are not allowed to “practice free speech” by protesting against IOF oppression.

Barack Obama should know this even more than the rest of us. We will find out only if he gains a second term.

The picture of Beit Ommar is from Wikipedia. The others pictures are from the Palestine Solidarity Project.

From 1972 through 1999, James M. Wall was editor and publisher of the Christian Century magazine, based in Chicago, lllinois. He was a Contributing Editor of the Century from 1999 until July, 2017. He has written this blog, wall writings.me, since it was launched April 27, 2008. If you would like to receive Wall Writings alerts when new postings are added to this site, send a note, saying, Please Add Me, to jameswall8@gmail.com Biography: Journalism was Jim's undergraduate college major at Emory University, Atlanta, Georgia. He has earned two MA degrees, one from Emory, and one from the University of Chicago, both in religion. He is an ordained United Methodist clergy person. He served for two years in the US Air Force, and three additional years in the USAF reserve. While serving on active duty with the Alaskan Command, he reached the rank of first lieutenant. He has worked as a sports writer for both the Atlanta Journal and Constitution, was editor of the United Methodist magazine, Christian Advocate for ten years, and editor and publisher of the Christian Century magazine for 27 years.
View all posts by wallwritings →
This entry was posted in Middle East, Middle East Politics, Politics and Elections. Bookmark the permalink.