Posted on December 2, 2013 by wallwritings 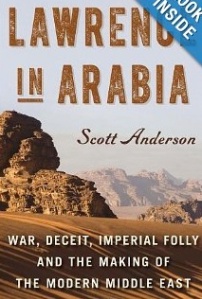 With the U.S. Congress safely in his back pocket, Israeli Prime Minister Benjamin Netanyahu has turned his charm offensive on the Vatican. How is that working out for him?

It does not look promising. The Prime Minister forgot the first rule of charm school: Target your prey gently. Avoid all punches to the mid-section.

Prime Minister Benjamin Netanyahu at a Vatican audience with Pope Francis reportedly invited the pontiff to visit Israel.  No date has been set for a visit by Francis to Israel, Vatican spokesman Father Federico Lombardi said.  Netanyahu on Monday presented the pope with a book about the Spanish Inquisition written by his father, the late historian Benzion Netanyahu.”

An invitation to drop by for a visit to Tel Aviv along with a gift to the Holy Father recalling the dark moments of the Spanish Inquisition?  Bad form, Mr. Prime Minister.

The book delivered to the Pope was written by Netanyahu’s father, Ben-Zion Netanyahu, who died recently at the age of 102. The pride of a son could be one justification for the gift.  The book, The Origins of the Inquisition in 15th Century Spain, is considered the elder Netanyahu’s finest work.

The Seattle Post-Intelligencer was quick to note the incongruity of a book as a gift to the Pope which denounces the sins of Pope Francis’ 15th century predecessor, one that “largely revolves about Spanish Catholics questioning, torturing, and punishing Jewish converts to Catholicism,” a practice first legally sanctioned by Pope Innocent IV in 1252. 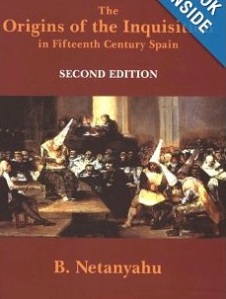 The elder Netanyahu’s impact on his politician son is well-known within Israeli circles. In 1998, David Remnick of the New Yorker wrote that while Ben-Zion Netanyahu’s opinions frequently differed from his son, the pessimism of his right wing worldview influenced his son’s hawkish policies. “His dilemma is always to what degree he can, or should, remain true to the ideals, the stubbornness, of his father,” Remnick observed. The book given to the pope, Remnich adds, “reflects that deep pessimism”.

If the Pope accepts Netanyahu’s invitation and presents his own tit-for-tat gift to Netanyahu, there is a document in the Vatican library he could copy and take with him to Tel Aviv.

From what we are learning about this new pontiff, that Vatican document is not a gift Francis is likely to consider.  Tit-for-tat does not appear to be the style of this pope.

Nevertheless, the document resting in the Vatican library files is one the Pope might read closely before he engages in further dialogue with the Israeli leader.

This Vatican document is referenced in an important new book by Scott Anderson, Lawrence In Arabia: War, Deceit, Imperial Folly and the Making of the Modern Middle East.

So important is this book that it received two laudatory views in The New York Times, one month apart.

In his Times review, Alex von Tunzelmann, capsules the narrative of the book:

Scott Anderson, a veteran war correspondent and an author of both fiction and nonfiction, gives Lawrence’s story a new spin by contextualizing him in a group biography. He weaves in the lives of three contemporary Middle Eastern spies: Curt Prüfer, a German conspiring with the Ottomans to bring down the British Empire; Aaron Aaronsohn, a Zionist agronomist of Romanian origin, settled in Palestine; and William Yale, an East Coast aristocrat and an agent of Standard Oil who ended up in the service of the American State Department.

A month later, Janet Maslin is back with her review, equally laudatory.  She writes:

As to why such acclaim elevated one renegade Briton and his feat of creating a guerrilla Bedouin army, Mr. Anderson writes that the short answer may seem anticlimactic. His reason: This was a time when the seed was planted for the Arab world to define itself less by what it aspires to become than what it is opposed to: colonialism, Zionism, Western imperialism in its many forms.'”

In their reviews, both Alex von Tunzelmann and Janet Maslin avoid mentioning a key moment in Scott Anderson’s book.  It is an important episode Pope Francis should be reminded of should he choose to visit Tel Aviv.

The episode, described by Scott Anderson (pages 298 to 305, your Holiness, if I may be so bold) describes a successful propaganda campaign orchestrated by, among others, Aaron Aaronsohn, described by reviewer Alex Von Tunzelmann as “a Zionist agronomist of Romanian origin, who had settled in Palestine.”

Scott Anderson (at right) tells the story in his superb history of the period, Lawrence In Arabia: War, Deceit, Imperial Folly and the Making of the Modern 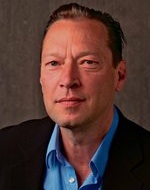 The In in the title is underlined to distinguish it from Lawrence Of Arabia, the 1962 David Lean film.

Here is how Anderson develops his narrative, summarized and quoted, in part:

In the spring of 1917, the Turkish Ottoman ruler of Syria was Djemal Pasha. When the British army was poised to strike Gaza City in February, Djemal Pasha ordered the evacuation of Gaza City’s entire population, a total of around 20,000 citizens.

He wanted to clear the area for his army to move in and defend Gaza. After defeating the British in a cleared out Gaza, Djemal Pasha and his German commanders looked north.

They suspected that the British would next attack Jaffa (now a modern Tel Aviv). The city had a population of 40,000, of which around 10,000 were Jews and around 4,000 were Arab Christians, living alongside Arab Muslims. After the defeat in Gaza, the Ottomans were afraid the British would attack Jaffa from the sea,using the city’s smooth beaches for easy access.

The British defeat at Gaza came on March 26, 1917. Two days later, assuming the British would turn north, Djemal ordered the evacuation of the entire population, Christians, Jews and Muslims. He gave the residents a week to prepare to move out.

When Jewish leaders protested that the sacred Passover holiday was about to begin, Djemal extended the evacuation order for an additional eight days.

Anderson writes: “By clearing the city, Djemal Pasha unwittingly set in motion one of the most consequential misinformation campaigns of World War I.”

Ignoring the fact that Jews were joined by Christians and Muslims in the forced evacuation, the Zionist propaganda machine went into action, building the movement of the Jaffa population into an attack on all Jews of Palestine. The British Jewish Chronicle newspaper led the way with a May 4 story that carried the subhead: “Grave Reports—Terrible Outrages—Threats of Wholesale Massacre”.

“But even worse is threatened. For the Turkish Governor, Djemal Pasha, has proclaimed the intention of the authorities [sic] to wipe out mercilessly the Jewish population of Palestine, his public statement being that the Armenian policy of massacre is to be applied to the Jews”. That message swept “through Jewish communities in Britain, the United States and continental Europe and drew anguished appeals to their governments that some kind of action be taken”.

William Ormsby-Gore, a Conservative member of Parliament who had been favorably impressed with Aaron Aaronsohn, the Jewish spy leader in Palestine, cabled British War Cabinet member Mark Sykes (of Sykes-Pico fame) May 4:

“I think we ought to use pogroms in Palestine as propaganda. Any spicy tales of atrocity would be eagerly welcomed by the propaganda people here, and Aaron Aaronsohn could send some lurid stories to the Jewish papers.”

Aaronsohn gave Sykes the names of 50 Zionist leaders throughout the world, urging him to spread the word of the “dire threat” against the Jews of Palestine. Soon, The New York Times printed its story with this headline: “Cruelty to Jews Deported in Jaffa.”

The Turkish government was slow to respond to the false accusations, including one that claimed, falsely, that all the Jews had been evacuated from Jerusalem.

Finally, facing worldwide condemnation based on Jewish propaganda which spread rapidly, Djemal Pasha pointed out that the entire population of Jaffa, 40,000 residents, had been evacuated, only 10,000 of which were Jewish and 4,000, Christians.

“Spain, Sweden and the Vatican, all neutral entities in the conflict, sent envoys to investigate what had happened [in Jaffa]. Both the Spanish and Vatican envoys quickly concluded that the reports of Jewish massacres and persecutions were without foundation, while their Swedish counterpart went even further.

“In many ways,” he wrote, “the Jewish community of Jaffa had fared far better–and certainly no worse—than the resident Moslem population in the evacuation.” Shortly afterward, the U.S. consulate in Jerusalem also reported that the accounts of violence against the Jaffa Jews were “grossly exaggerated.”

It didn’t matter, of course. In war, truth is whatever people can be led to believe and Djemal Pasha had just handed his enemies a “truth” that would change Middle Eastern history.” The fiction of what happened in Jaffa in 1917–a fiction repeated as act by most historians writing on the period since—would now become the ur-myth for the contention that the Jewish community in Palestine could never be safe under Muslim rule, that to survive it needed a state of its own.

Pope Francis does not have to make a gift to Netanyahu of either the Vatican 1917 Jaffa report or Scott Anderson’s book, should the two leaders meet in Tel Aviv.  What he can do is prepare for his meeting by reading both the Vatican document and Lawrence In Arabia.

Having read the document and the book, he will be prepared to confront the Prime Minister with some hard truths about a history that is more recent, and certainly more pertinent to this moment, than the 15th century Spanish Inquisition.

The picture above of Scott Anderson, is from The New York Times.

From 1972 through 1999, James M. Wall was editor and publisher of the Christian Century magazine, based in Chicago, lllinois. He was a Contributing Editor of the Century from 1999 until July, 2017. He has written this blog, wall writings.me, since it was launched April 27, 2008. If you would like to receive Wall Writings alerts when new postings are added to this site, send a note, saying, Please Add Me, to jameswall8@gmail.com Biography: Journalism was Jim's undergraduate college major at Emory University, Atlanta, Georgia. He has earned two MA degrees, one from Emory, and one from the University of Chicago, both in religion. He is an ordained United Methodist clergy person. He served for two years in the US Air Force, and three additional years in the USAF reserve. While serving on active duty with the Alaskan Command, he reached the rank of first lieutenant. He has worked as a sports writer for both the Atlanta Journal and Constitution, was editor of the United Methodist magazine, Christian Advocate for ten years, and editor and publisher of the Christian Century magazine for 27 years.
View all posts by wallwritings →
This entry was posted in Middle East Politics, Netanyahu, Politics in Religion, Religion and politics. Bookmark the permalink.