Hillary’s “Miracle in the Desert” Is Bad Decision 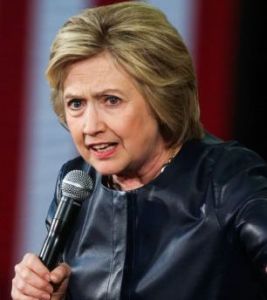 The United Methodist Church has begun its ten-day General Conference in Portland, Oregon.

The Conference will consider resolutions to join other mainline Protestant denominations in divesting from three American corporate giants, Caterpillar, Motorola and Hewlett-Packard.

These companies profit from businesses that operate inside the occupied Palestinian territories. The UMC resolutions are aimed directly at the American companies, a tactic which worked well to reshape the government of South Africa.

The state of Israel hides behind “anti-Semitism” as it fights these divestment efforts. This often-used fear tactic originates in Israel and spreads like a virus deliberately introduced into different settings.

The tactic came up in recent British elections. When the “anti-Semitism” trope is on the table, you know Israel is afraid of being exposed as a fraud.  Israel has never been the “only democracy in the region”. Instead, as Ilan Pappe writes, Israel is “the last remaining, active settler-colonialist project”.

Since its creation as a modern state, Israel has been guilty of immoral conduct and international crimes against the indigenous Palestinian population.

To defeat resolutions which support BDS, or at least water them down to “kum ba ya” meetings, Israel called on two leaders of U.S. pro-Israel organizations–the Israel Action Network and the Jewish Federations of North America.

Particularly at a time when anti-Semitism is on the rise across the world, we need to repudiate forceful efforts to malign and undermine Israel and the Jewish people.

Anti-Semitism has no place in any civilized society — not in America, not in Europe, not anywhere. We must never tire in defending Israel’s legitimacy, expanding security and economic ties, and taking our alliance to the next level.

Please know that I am grateful for your work, and that I stand ready to be your partner as we engage all people of good faith — regardless of their political persuasion or their views on policy specifics — in explaining why the BDS campaign is counterproductive to the pursuit of peace and harmful to Israelis and Palestinians alike,

Well, that was not helpful.

The candidate almost certain to be our next president, announces to the world that as president, she will stand with Israel.  Furthermore,  she will make “countering BDS a priority”.

Hillary Clinton is not a PEP (Progressive except on Palestine). She is nowhere close to being a Progressive. She is closer to being a neoconservative.

Jim Lobe offers a look at what it means for a politician to be a neoconservative:

I agree with Zbigniew Brzezinski, who has sometimes observed that when neoconservatives talk about democratization, they usually mean destabilization.

Now I believe some neocons, notably Bob Kagan, are indeed—I believe—sincerely committed to democracy promotion and human rights, but I think his is a minority view, as demonstrated most recently in the case of Egypt, where, like Netanyahu, most influential neocons deeply appreciate President Sisi and want Washington to do more to help him.

And like Bibi, most neocons think a de facto alliance between Israel and the region’s Sunni autocrats who have led the counter-revolution against the Arab Spring would just be the cat’s pajamas. Indeed, most neocons have historically always had a soft spot for what they used to refer to as friendly authoritarians.

When was the last time you heard neoconservatives advocate for full human rights for Palestinians, let alone their right to national self-determination, unless they want to exercise it in Jordan? In any event, their record over the past 40 years suggests that their devotion to democracy depends entirely  on the circumstances.

This is the world view Clinton employs as she signs on with the anti-BDS forces who are currently seeking to squash support for a non-violent Palestinian effort to overthrow its decades-long occupation.

In her letter, Clinton attacks BDS by describing the modern state of Israel as “the miracle in the desert”.

“Miracle in the desert” is a Zionist propaganda trope designed to serve as a wall of deceit to the world.

When Arab Palestinians were invaded by Zionist forces, Palestine was not a desert. It was a thriving farming culture of Arabs, both Christian and Muslims, and indigenous Jews.

For an American candidate to use a propagandist phrase like “miracle in the desert” is an insult.

That Zionist influence in her campaign which led her to make the dumb mistake of employing the “miracle in the desert” trope, did not just offend her potential progressive supporters.

It was also a display of bad judgment, the sort of bad judgment she cannot afford when she answers that same “2 a.m telephone call”, the phrase her campaign used against State Senator Barack Obama during the 2008 primary elections.

Clinton is virtually certain to win the Democratic nomination. She certainly has made her case for her support for Israel to her Jewish funders and voters for the general election. That box has been checked many times.

So why make this mistake?

The only possible answer is a lack of judgment, a sign of an uncertain leader.  We had that in George W. Bush, who was pushed into the Iraq war by the same neoconservative forces who now are eager for another Clinton in the White House.

Clinton or Trump? Clinton has far more experience and is no stranger to how Washington and the world work. She is the clear choice. But we have to encourage her to stop with the bad judgment calls.

Besides, the real struggle for sanity in our Middle East policies lies in the U.S. Senate races. Israeli Haaretz columnist, Gideon Levy, who understands the U.S. political scene better than most of our U.S. media experts, points to 83 Senators who need some state pressure.

Increasing military aid won’t add one iota of security to Israel, which is armed to the teeth. It will harm Israel. Those 83 out of 100 senators base their extraordinary demand on “Israel’s dramatically rising defense challenges.”

What are they talking about? What “rising challenges”? The rise in the use of kitchen knives as a deal-breaking weapon in the Middle East? The challenge for one of the world’s strongest armies to survive against young girls brandishing scissors? Hamas’ tunnels in the sand? Hezbollah, which is bleeding in Syria? Iran, which has taken a new path?

It’s time they expanded their narrow view and reduced the enormous aid they shower on Israel’s arms industry – one of the world’s largest weapons exporters – and its army.

Check your senator’s record and make that an additional focus for this November 8 general election.  You have Gideon Levy’s marching orders: “No more U.S. aid for Israel to survive against young girls brandishing scissors”.

The picture of Hillary Clinton is from a rally at La Escuelita School, Oakland, California, U.S., May 6, 2016. Gabrielle Lurie, AFP.

From 1972 through 1999, James M. Wall was editor and publisher of the Christian Century magazine, based in Chicago, lllinois. He was a Contributing Editor of the Century from 1999 until July, 2017. He has written this blog, wall writings.me, since it was launched April 27, 2008. If you would like to receive Wall Writings alerts when new postings are added to this site, send a note, saying, Please Add Me, to jameswall8@gmail.com Biography: Journalism was Jim's undergraduate college major at Emory University, Atlanta, Georgia. He has earned two MA degrees, one from Emory, and one from the University of Chicago, both in religion. He is an ordained United Methodist clergy person. He served for two years in the US Air Force, and three additional years in the USAF reserve. While serving on active duty with the Alaskan Command, he reached the rank of first lieutenant. He has worked as a sports writer for both the Atlanta Journal and Constitution, was editor of the United Methodist magazine, Christian Advocate for ten years, and editor and publisher of the Christian Century magazine for 27 years. James M Wall died March 22, 2021 at age 92. His family appreciates all of his readers, even those who may have disagreed with his well-informed writings.
View all posts by wallwritings →
This entry was posted in Bernie Sanders, Hillary Clinton, Israel, Media, Palestinians, Religious Faith. Bookmark the permalink.