Living Through a Nightmare “With a Little Help from My Friends” 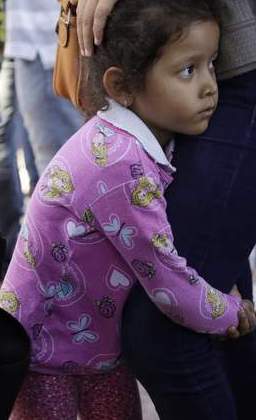 A close friend took note of the scarcity of recent Wall Writings. I told him I was living in a nightmare in which two world figures hold the power to plunge us into an even darker nightmare. Their names are Trump and Netanyahu.

“the children are crying
the parents are crying
Rachel Maddow is crying
and I am crying.”

“Never tell me again that Republicans are the party of family values.

Never preach to me from an evangelical standpoint and expect me to have any respect for what is said, since both Republicans and evangelicals currently lack sincerity, lack a moral compass, and fail as empathetic human beings.

They also seem to have great trouble with the truth.”

My reader makes this suggestion for a new post:

“Wall Writings is on hold for the moment. I am unable to describe or analyze this nightmare because each nightmare emerges from an individual, personalized, dark experience.”

I wrote another friend about pausing Wall Writings in a world dominated by Trump and Netanyahu. She responded:

“I agree, Jim, it’s wise to withdraw temporarily. This past week has proven that (even though it seems impossible) things CAN and HAVE gotten worse. The absence of morality is staggering…”

I must not pause without leaving readers with two suggestions for meditation during this nightmare.

First, read carefully a recent wise piece from New York Times columnist Paul Krugman, which demands to be read in its entirety. Click here to do so. Here is an excerpt:

America has long been a powerful nation. In particular, we emerged from World War II with a level of both economic and military dominance not seen since the heyday of ancient Rome. But our role in the world was always about more than money and guns. It was also about ideals: America stood for something larger than itself — for freedom, human rights and the rule of law as universal principles.

Of course, we often fell short of those ideals. But the ideals were real, and mattered. Many nations have pursued racist policies; but when the Swedish economist Gunnar Myrdal wrote his 1944 book about our “Negro problem,” he called it “An American Dilemma,” because he viewed us as a nation whose civilization had a “flavor of enlightenment” and whose citizens were aware at some level that our treatment of blacks was at odds with our principles.

The second suggestion for meditation during a nightmare comes from a column I wrote 41 years ago for The Christian Century, five years after I began editing and publishing that publication.

This article by me was published on November 23, 1977, and later reprinted on William Fore’s site, “Religion on Line”. That reprint may be accessed here. It was written a year after the election of President Jimmy Carter in November, 1976.

Here is the start of that column, written 41 years ago:

A recent full-page advertisement appearing in major U.S. newspapers argues for support of the State of Israel and voices concern over “the recent direction of American foreign policy” in the Middle East. The signers of the statement “are particularly troubled by the erosion of American governmental support for Israel evident” in the U.S. decision to include the U.S.S.R. in planning for the Geneva talks.

Israel has many supporters in this country, and ads of this sort are frequently carried in major newspapers. But this one is different. It comes from persons describing themselves as “evangelical Christians,” including W. A. Criswell, pastor of First Baptist Church, Dallas; entertainer Pat Boone; Harold Lindsell, present editor of Christianity Today; Kenneth Kantzer, editor-elect of that journal; Hudson Armerding, a past president of the National Association of Evangelicals; and Arnold Olson, coordinator and president emeritus of the Evangelical Free Church of America.

Four decades later, things are far worse, now that Donald Trump and Bibi Netanyahu have seized biblical literalism and turned it into a weapon of war for Satan.

These two monsters have transformed God and Country into frightful forces for evil. Pause with me to meditate on that fact. In time we may wake up. Or not.

The picture above at the border, is a Gregory Bull AP picture from the Independent, of a Mexican child clinging to his father’s leg.

From 1972 through 1999, James M. Wall was editor and publisher of the Christian Century magazine, based in Chicago, lllinois. He was a Contributing Editor of the Century from 1999 until July, 2017. He has written this blog, wall writings.me, since it was launched April 27, 2008. If you would like to receive Wall Writings alerts when new postings are added to this site, send a note, saying, Please Add Me, to jameswall8@gmail.com Biography: Journalism was Jim's undergraduate college major at Emory University, Atlanta, Georgia. He has earned two MA degrees, one from Emory, and one from the University of Chicago, both in religion. He is an ordained United Methodist clergy person. He served for two years in the US Air Force, and three additional years in the USAF reserve. While serving on active duty with the Alaskan Command, he reached the rank of first lieutenant. He has worked as a sports writer for both the Atlanta Journal and Constitution, was editor of the United Methodist magazine, Christian Advocate for ten years, and editor and publisher of the Christian Century magazine for 27 years.
View all posts by wallwritings →
This entry was posted in Israel, Jimmy Carter, Middle East, Middle East Politics, Netanyahu, The Human Condition, Trump, USA. Bookmark the permalink.