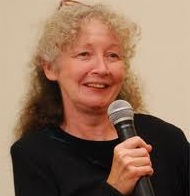 When the Israeli government discovered that a large contingent of American and European activists were coming to visit Palestine, Prime Minister Benjamin Netanyahu went into his full military stance.

He made one huge mistake. He forgot to ask: What is the enemy’s goal? If he had asked himself that question, he would have known that the overarching purpose of the flotilla and the flytilla was to draw attention to the harsh and ugly reality that Israel maintains absolute military control over the lives of Palestinians living under occupation in Gaza and the West Bank.

Did he not know, could he not have realized, what a burden it is for the New York Times to cover up the harsh and ugly reality of occupation when Israel so dramatically shuts its doors to anyone it brands as “pro-Palestinian”?

In its report on the airport blockade, The Times was forced to use a headline that said the visitors were blocked from attending a “conference” in Bethlehem. That did not come out very well for Netanyahu. The Israeli line was that the visitors were blocked because they were a threat to Israeli security. Both the Times and Israel know that “conferences” are held in Bethlehem all the time without all this fuss.

How is this flytilla different? Could it be because this “conference” was clearly intended to draw world attention to Israel’s treatment not only of Palestinians, but also to its behavior toward friends of Palestinians?

The Times inserts a brief observation that Palestine has no airport of its own. And why, pray tell, an astute reader will want to know, is there no airport in Palestine? The Times does not say. It also fails to mention that Israel will not permit Palestinians to build their own airport. Nothing gets built in occupied Palestine without Israeli approval.

In her Friday story, the Time’s Isabel Kershner reported that Israel was aware that the air travelers had been invited by Palestinian activists to come to Bethlehem for a week of “fellowship and actions”.

Most of the foreigners who planned to fly to Tel Aviv and join the “Welcome to Palestine” initiative were either deterred from trying to come or were prevented from boarding flights to Israel by foreign airlines, on instructions from the Israelis.

The Palestinian hosts decried the Israeli measures, but also chalked up a small victory.

Fadi Kattan, a Palestinian organizer, said at a news conference in Bethlehem that he was “pleased — sadly pleased” that the episode had exposed what he described as Israel’s draconian anti-Palestinian policies.

Netanyahu’s initial response to this planned event proved once again that a man in a panic does not think clearly. Instead of letting the party go forward, Israeli authorities put together a “no fly” list of “peace and justice” passengers believed to be “threats” to Israel’s security.

Outside groups are frequently invited to Palestine to travel to Bethlehem and other parts of both Israel and  Palestine to talk, pray and plan. Religious types often get through passport control clutching a Bible or a guidebook to the “holy sites”. It also helps if you know the name of an Israeli rabbi, just in case you get into a second round of questioning. But this time was different. Both sides knew the game was on.

Over the past few days, hundreds of police officers were deployed in and around the airport near Tel Aviv. Prime Minister Benjamin Netanyahu toured the base of operations at Ben-Gurion with his internal security minister, the police chief, security branch representatives and immigration officials.

Netanyahu demanded that European airport authorities do to air passengers what the Greek Coast Guard did to the flotilla, halt them at the alpha point. Knowing some passengers would make it to Tel Aviv, Netanyahu took personal command of his second line of defense, Ben Gurion airport.

Ben Gurion authorities had to sift through the long line of American and British Bible tour groups, Christian pilgrims, business travelers, and the European Holy Land travelers, to find those dangerous passengers who made it through the security net.

Al Jazeera reported that “of the 600 Tel Aviv-bound pro-Palestine activists who wanted to fly Friday, the majority were prevented from boarding their flights”.

The Palestinians and their international allies had set Netanyahu up.  He fell for it hard in his response to the Freedom to Enter flytilla campaign which originated in Bethlehem under local Palestinian leaders like Mazin Qumsiyeh.

Netanyahu’s overreaction to the international flotilla left him looking like the town bully who gets his way with other nations by using his Daddy’s money.  In the case of both the flytilla and the flotilla, Netanyahu is the big loser.

Kathy Kelly is shown in action in the picture above, holding her weapon, a microphone. She was one of those passengers who made it to Tel Aviv. She was already well-known to Israeli officials, just as she is well known to her many friends and admirers elsewhere, including those of us in her home town of Chicago, Illinois, where the author of this blog, in the interest of full disclosure, must confess to having known, and admired her, for more than two decades.

Kelly was among the passengers on the Audacity of Hope, the US ship which was sailing to Gaza, when it was intercepted by the Greek Coast Guard. Undaunted, she wrote in The Palestine Chronicle that she would fly to Tel Aviv. She explained her reactions as she prepared to leave Athens:

I leave Greece tonight with sincere regret that I didn’t spend more time learning from these sturdy activists.

I, and another US Boat to Gaza campaign member, Missy Lane, will head to Tel Aviv, where we plan to be part of a “flytilla,” a new campaign which will bring hundreds of activists together in Israel’s Ben Gurion airport, all of us intent on reaching Palestinian refugee camps and/or visiting Gazan families.

Earlier this evening, a group of U.S. activists who’ve been able to remain longer, here in Athens, demonstrated at each of the heavily guarded streets leading to the residence of the U.S. Ambassador to Greece. The Ambassador is hosting a huge festival tonight, in celebration of the U.S. July 4 holiday that commemorates independence.

Several Greek people passing us read our signs seeking freedom for Gaza and asked us to understand that as recently as one year ago, the government of Greece showed no sign of submitting to Israeli or U.S. pressure and allowed international flotilla boats to sail. But, now they are dependent on the whims of financial elites around the world. The IMF is prescribing draconian measures which will wreck their economy and make them subservient to the dictates of foreign multinationals.

Kelly and Missy Lane landed at Ben Gurion, where they were detained by airport authorities. No word yet on what will happen next to the two of them, though a swift return back home is likely.

Kelly, by the way, would be the first to insist that we acknowledge here that she is but one of more than 600 travelers who participated in both the flotilla and flytilla projects. There are many more Kathy Kelly stories among those peace and justice travelers to Palestine. And their number is growing. No wonder Netanyahu is in such a panic.

Here are the beginning words from the citation presented to Kelly from the Justice Studies Association when Kelly was awarded the 2011 Noam Chomsky honor for her work on peace and justice issues:

Kathy Kelly is a long-time pacifist and co-coordinator of Voices for Creative Nonviolence. A tireless activist whose efforts toward peace transcend borders, regions and time zones, writer Studs Terkel wrote of her: “She has visited more countries, cities and small towns not listed in Baedeker’s [travel guide] than anyone I have ever known.”

Born, raised and educated in Chicago – as a student at St. Paul-Kennedy High School, Kelly watched the film Night and Fog which exposed her to the horrors of the Holocaust. She also was exposed to the writings of Daniel Berrigan and the Rev. Martin Luther King, Jr. All of this convinced her to make a commitment never to sit by and watch evil happen.

Now 58, Kelly has spent her life living up to her commitment. Over the last 30 years, she has helped the victims of war wherever they were – whether in Bosnia, Haiti, the West Bank, Iraq or Afghanistan. A war tax resister since 1982, Kelly has perhaps most notably used her resources (financial and spiritual) to provide medicine and other supplies to those trapped by the politics of militarism. Kelly co-founded Voices in the Wilderness, a peace group that highlighted the suffering of Iraqi civilians during the U.N. imposed economic sanctions of the 1990s. (To read the complete citation, click here.)

No American television coverage has yet to emerge from the flytilla. But there is clip available from the English language channel of RT (Russia Television), which provides an interview with Pippa Bartolotti, a British passenger who made it successfully through Ben Gurion passport control.

From 1972 through 1999, James M. Wall was editor and publisher of the Christian Century magazine, based in Chicago, lllinois. He was a Contributing Editor of the Century from 1999 until July, 2017. He has written this blog, wall writings.me, since it was launched April 27, 2008. If you would like to receive Wall Writings alerts when new postings are added to this site, send a note, saying, Please Add Me, to jameswall8@gmail.com Biography: Journalism was Jim's undergraduate college major at Emory University, Atlanta, Georgia. He has earned two MA degrees, one from Emory, and one from the University of Chicago, both in religion. He is an ordained United Methodist clergy person. He served for two years in the US Air Force, and three additional years in the USAF reserve. While serving on active duty with the Alaskan Command, he reached the rank of first lieutenant. He has worked as a sports writer for both the Atlanta Journal and Constitution, was editor of the United Methodist magazine, Christian Advocate for ten years, and editor and publisher of the Christian Century magazine for 27 years. James M Wall died March 22, 2021 at age 92. His family appreciates all of his readers, even those who may have disagreed with his well-informed writings.
View all posts by wallwritings →
This entry was posted in Media, Middle East Politics. Bookmark the permalink.