“Something Rotten in the State of Israel” 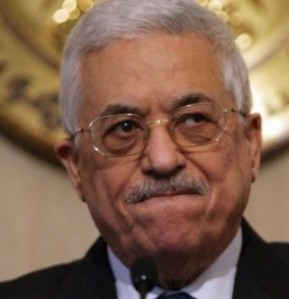 Palestinian President Mahmoud Abbas has announced that the Palestinian Authority will join the International Criminal Court (ICC), a long overdue action which potentially could bring the state of Israel to an international courtroom at the Hague.

Instead of preparing to defend its conduct as an occupying military power, Israel has fallen back on its usual form of punishment, withholding tax funds it collects on behalf of the Palestinian Authority.

Why, we must ask, does Israel collect tax funds from Palestinians and then return the funds to the Palestinian Authority to finance its government?

The quick answer is that Israel is the controlling military and economic master on all such matters in the West Bank and Gaza. You want to pay the tax collector? You pay through Israel as the tax collector.

Israel also handles matters of the security which it enforces through its own military force, the IDF, and with police forces it controls under the Palestinian Authority, a control that has been going on under increasingly draconic rules, since 1967.

“There is something rotten in the state of Israel”, sounds an alarm for modern times, updated from Marcellus’ warning as he spoke with Horatio about Denmark in William Shakespeare’s Hamlet.

In Act One, Marcellus and Horatio are talking on the battlements of the castle of the new king of Denmark, Hamlet’s Uncle Claudius, who had murdered his brother, Hamlet’s father King Hamlet.

In the play, Hamlet, who seeks revenge against his uncle, has just left his colleague on the battlements to follow the Ghost of his murdered father.

Hamlet knows, as Shakespeare notes, that there is “something rotten in the state of Denmark”. The Ghost will show him what to do.

Denmark’s governmental rottenness begins within the King’s palace, where Uncle Claudius is now married to Hamlet’s mother, a marriage which took place “within a month” of the death of Hamlet’s father.

There is today a rottenness at the leadership level in the modern state of Israel, which over decades has developed in a state whose current government considers itself “exceptional” and beyond all criticism.

It is this rotten condition that tolerates lawlessness in the occupied territories, a lawlessness that both randomly and systematically, kills, wounds, destroys and imprisons at will.

John Whitbeck, an American international attorney now based in Paris, addressed America’s (and by extension, Israel’s) claim to exceptionalism in a recent mailing:

“A country which believes that half a century of belligerent occupation of a dispossessed and oppressed people is simply not long enough is truly “exceptional” – and should suffer the consequences of its “exceptionalism”.”

If President Abbas continues on his present course, he will challenge this “exceptionalism” which operates above legal and moral standards. By joining the International Criminal Court  (ICC) Palestine will be in a position to bring criminal charges against Israel.

Like a bully on the playground who holds a kid’s lunch money high over his head, Israel holds the tax funds it collected for Palestine, returning the funds as Israel wills.

This is rotten conduct.

It is rotten because it is wrong, illegal and immoral. Riyad Mansour, the Palestinian ambassador to the UN, put it succinctly when he described Israel’s withholding of Palestinian tax funds as “blatant theft”.

Israel has made this threat before, and then, after withholding Palestinian tax funds sufficiently to cause further pain in Palestine’s economy, quietly released the funds. Will it repeat this again?  Only Israel knows.

Meanwhile, Israel moves toward its March 17 election which does not promise much in the way of change. Lawrence Davidson describes the election context:

“There is trepidation in the Zionist ranks over the March 2015 elections for a new Knesset, or parliament. It seems that Prime Minister Binyamin Netanyahu got angry at his more “liberal” coalition partners, Tzipi Livni and Yair Lapid, because of their opposition to the proposed Israel-equals-a-Jewish-state bill.

In essence he fired them, sacrificing the government’s majority in the Knesset, and necessitating the upcoming elections. Some observers believe that the election represents something of a crossroads for the Jewish state.

Roger Cohen, a New York Times columnist, wrote a headline piece in the Sunday Review section of the newspaper on 21 December 2014. It was entitled “What will Israel become?” and tells us that “uneasiness inhabits Israel”.

Quoting the Israeli writer Amos Oz, Cohen explains further: “There is a growing sense that Israel is becoming an isolated ghetto, which is exactly what the founding fathers and mothers hoped to leave behind them forever when they created the state of Israel.” “

Liberal Zionists like Cohen are trapped between their loyalty and devotion to Israel and their obvious awareness that Israel’s current leadership is driving their nation into what Amos Oz sees as an “isolated ghetto”.

What they do not want to accept is the reality that after decades as an occupying military force, Israel has already sunk itself into an isolated ghetto.

Only drastic change that addresses the rottenness of Israel’s government will even begin to halt this plunge into the ghetto the Jews of Europe thought they left behind in 1948.

Israel’s president Reuven Rivlin, has made a small start in addressing this rottenness. He has  denounced the withholding of tax funds at a closed-door meeting with Israeli ambassadors. In remarks widely reported in the Israeli media, Rivlin said:

That is a worthy beginning for the Israeli President, who unfortunately does not possess any power other than ceremonial. It is, if we may recall a familiar quotation, one small step for mankind.  Israel still has a long journey ahead to escape total isolation.

From 1972 through 1999, James M. Wall was editor and publisher of the Christian Century magazine, based in Chicago, lllinois. He was a Contributing Editor of the Century from 1999 until July, 2017. He has written this blog, wall writings.me, since it was launched April 27, 2008. If you would like to receive Wall Writings alerts when new postings are added to this site, send a note, saying, Please Add Me, to jameswall8@gmail.com Biography: Journalism was Jim's undergraduate college major at Emory University, Atlanta, Georgia. He has earned two MA degrees, one from Emory, and one from the University of Chicago, both in religion. He is an ordained United Methodist clergy person. He served for two years in the US Air Force, and three additional years in the USAF reserve. While serving on active duty with the Alaskan Command, he reached the rank of first lieutenant. He has worked as a sports writer for both the Atlanta Journal and Constitution, was editor of the United Methodist magazine, Christian Advocate for ten years, and editor and publisher of the Christian Century magazine for 27 years. James M Wall died March 22, 2021 at age 92. His family appreciates all of his readers, even those who may have disagreed with his well-informed writings.
View all posts by wallwritings →
This entry was posted in Israel, Middle East, Netanyahu, Palestinians, Religious Faith. Bookmark the permalink.

7 Responses to “Something Rotten in the State of Israel”