The Smells of Gaza and New Jersey

Posted on January 2, 2015 by wallwritings

Richard Ford’s latest novel, Let Me Be Frank With You, begins when Frank Bascombe drives into a suburb of Haddam, a New Jersey town recently destroyed by Hurricane Sandy.

Frank had been a real estate salesman in the community. A former client wanted to meet him at the site of a house he had purchased from Frank.

The novel opens with a description of what Frank experienced in the aftermath of Sandy’s destructive power:

“Strange fragrances ride the twitchy, wintry air at the shore this morning, two weeks before Christmas. Flowery wreaths on an ominous sea stir expectancy in the unwary.

It is, of course, the bouquet of large-scale home repair and  re-hab.  Fresh-cut lumber, clean, white PVC, the lye-sniff of Sakrete, stinging sealants, sweet tar paper, and denatured spirits. The starchy zest of Tyvek mingled with the ocean’s sulfurous weft. . .”

I could read no further. I was immediately thrown back into the memory of the cities and towns of Gaza, where this past summer a destructive military force pounded a narrow strip of Palestinian land, packed with Palestinian people.

“The strange fragrances” which Frank Bascombe smells in the fictional New Jersey coastal town, are the smells of rebuilding, with “fresh-cut lumber” and “the lye-sniff of Sarkese, stinging sealants, sweet tar paper, and denatured spirits”.

There are no rebuilding smells of “fresh-cut lumber” in Gaza. There are only the continued smells of garbage, putrid water, death and destroyed structures, left behind by Israel’s unrelenting three-week bombardment of Gaza.

There is no rebuilding in Gaza. How can this be so when all those nations promised so much money for rebuilding?  The London Independent’s  Kim Sengupta, traveled to Gaza to find out:

“Four months after last summer’s bloody war, Gaza remains in ruins, with little or no reconstruction, a continuing blockade, unemployment rising towards 70 per cent and a desperate and angry population. . .

Just a fraction of the construction material required after such devastation has been delivered so far – only 1 per cent of the five million tonnes needed. Similarly, extremely little of the $5bn pledged from abroad – 1.2 per cent – has been sent so far. The number of homeless, meanwhile, stands at 50,000.”

The Independent’s Sengupta returned to Gaza in late December, his first visit since the summer’s conflict.  He heard two different reasons as to why the reconstruction smells have not replaced the smells of death and destruction. In his report for the Independent, Sengupta wrote:

“A Palestinian reason was that Israel has imposed draconian conditions for allowing in the material for rebuilding because it does not want Gaza to recover, but to be a crippled economy, a people dependent on aid.

The Israeli narrative was that the security measures were essential to stop Hamas from using the supplies to replace the destroyed network of tunnels under the border. Hamas, [the Israelis say] was happy to leave Gaza in its current devastated state for propaganda value.”

New York Times columnist Roger Cohen traveled to Gaza in late December.  Like the Independent’s Kim Sengupta, he found destruction and no smells of re-building. 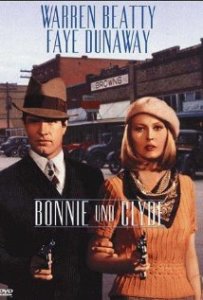 Cohen’s reading of what he found in Gaza is a display of liberal Zionism which always reminds me of that scene in Arthur Penn’s 1967 movie, Bonnie and Clyde, when Clyde is driving the getaway car from a small southern town.

The man he has just robbed has had the audacity to jump on Clyde’s running board. Clyde shoots him in the face. Later he laments to Bonnie, “Why did he make me do that?”

Cohen begins his Gaza column, “Gaza is Nowhere”, with the unctuous self-righteousness of  a reporter who loves Israel so much that he can only see as grossly misinformed, those who do not yield to Israel’s wants and demands.

“You trudge into Gaza from a high-tech Israeli facility through a caged walkway that brings you, after about 15 minutes, to a ramshackle Palestinian border post; and then, formalities completed, on you go, through dust and the reek of sewage, past the crumpled buildings and the donkey carts, to arrive at last in the middle of nowhere.”

Cohen smells “the reek of sewage” as he moves “past the crumpled buildings and the donkey carts, to arrive at last in the middle of nowhere.”

The smell remains in Gaza for what reason? He does not say. Why is that destruction not showing some signs of recovery with all that donor money pouring in?  He does not say.

What Cohen does say is that:

“Gaza is nowhere. Very few people go in or out of the 140-square-mile enclave. Most people want to forget about it. . . .”

Cohen knows wars are futile, so why does Hamas, from his perspective, always want to start wars?

The last one changed nothing. Hamas rockets are being test-fired. A Palestinian farmer has been shot dead near the border. Tensions simmer. The draft Security Council resolution at the United Nations, championed by the Palestinian leader, Mahmoud Abbas, seeking a withdrawal of Israeli forces from the West Bank by 2017, amounts to an elaborate sideshow.

When Cohen states that “Nobody wants to talk about Gaza because it reeks of failure,” he locates that failure in a series of events filtered through his liberal Zionist perspective.

He starts with “the failure of Israeli withdrawal [from Gaza]; the failure of a long-ago election that ushered Hamas to power; the failure to achieve the Palestinian unity necessary for serious peace talks”.

That’s outrageous. Israel withdrew from Gaza to wrap it in a barbed wire prison and remove its scattered Israeli settlements that were too expensive  to protect and maintain.

The failure of a “long ago” election which was won by Hamas throughout all of Gaza and the West Bank, is a lie. The election was a failure only to Western and Israeli eyes.

The “failure”, as liberal Zionists and right-wing Zionists alike, do not want to admit, was that the Hamas government defeated an Israel/U.S.-trained and financed Fatah army

Unable to gain the control the Palestinian voters in 2006 refused to give them, Israel sealed off its Gaza barbed wire prison and jailed most of the legislators chosen to run a unified government in Gaza and the West Bank.

Cohen does not pause to reflect on the distortions of the Israeli narrative which he continually spreads in the U.S. through his New York Times columns.

Instead, he continues with his list of failures, all of which are the responsibility of the “other”, Hamas.

He concludes with the undeniable, even to followers of the liberal Zionist narrative, that the final failure is “the failure to offer decency to 1.8 million trapped human beings.”

That is liberal Zionism at its most pious. Cohen, like Clyde Barrow, does not like it when Hamas does not let Israel offer “decency to 1.8 million trapped human beings”.  Who is responsible for keeping Gaza Palestinians imprisoned within their own land?

Hamas keeps jumping on the running board of Israel’s car, so naturally, and reluctantly, like Clyde Barrow, Israel has to shoot them. Hamas makes them do it.

The picture above of a destroyed Gaza block is by Getty, from the Independent.

From 1972 through 1999, James M. Wall was editor and publisher of the Christian Century magazine, based in Chicago, lllinois. He was a Contributing Editor of the Century from 1999 until July, 2017. He has written this blog, wall writings.me, since it was launched April 27, 2008. If you would like to receive Wall Writings alerts when new postings are added to this site, send a note, saying, Please Add Me, to jameswall8@gmail.com Biography: Journalism was Jim's undergraduate college major at Emory University, Atlanta, Georgia. He has earned two MA degrees, one from Emory, and one from the University of Chicago, both in religion. He is an ordained United Methodist clergy person. He served for two years in the US Air Force, and three additional years in the USAF reserve. While serving on active duty with the Alaskan Command, he reached the rank of first lieutenant. He has worked as a sports writer for both the Atlanta Journal and Constitution, was editor of the United Methodist magazine, Christian Advocate for ten years, and editor and publisher of the Christian Century magazine for 27 years.
View all posts by wallwritings →
This entry was posted in -Movies and politics, Gaza, Israel, Media, Middle East, Middle East Politics, Movies, USA, War. Bookmark the permalink.

10 Responses to The Smells of Gaza and New Jersey