Harper “Nelle” Lee, now 89, has published a second book. Her first, To Kill a Mockingbird, is considered a classic of American literature.

Her second, Go Set a Watchman, arrives this week as a timely gift. It reaches readers as our first African American president continues in the final two years of his presidency.

The new book draws its title from Isaiah 21:6, the King James version, of course, for this is a writer from southern Alabama who grew up in a Methodist church, where King James is sacred.

“For thus hath the Lord said unto me, Go, set a watchman, let him declare what he seeth.”

In the early weeks of his presidency, Barack Obama tried to heed Isaiah’s biblically-rendered counsel.

President Obama appointed Ambassador Chas W. Freeman, Jr., to an important office. A veteran diplomat, fluent in Arabic, and deeply sensitive to the politics of the Middle East, Freeman was ready to report to this new president “what he seeth”.

So powerful is the Zionist grip on the Congress, and so all encompassing is the octopus-like tentacles grip the Jewish lobby maintains on American cultural elites, Freeman was doomed from the outset. He withdrew his name as a possible appointee. 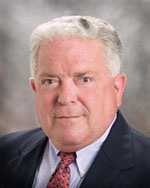 Freeman (right) ran into the third rail of American politics. He had accumulated enemies in governing circles, enemies who were in place to keep a new president close to the Zionist line and ever protective of the modern state of Israel.

Freeman had his supporters, of course.

Jim Lobe described the news of Freeman’s pending appointment as “stunning”. He explained why on his blog at the time:

There are very few former senior diplomats as experienced and geographically well-rounded, knowledgeable, entertaining (in a mordant sort of way), accessible (until now at least), and verbally artful as Freeman.

He can speak with equal authority about the politics of the royal family in Saudi Arabia (where he was ambassador), the Chinese Communist Party — he served as Nixon’s primary interpreter during the ground-breaking 1972 visit and later deputy chief of mission of the Beijing embassy, and the prospects for and geo-strategic implications of fossil-fuel production and consumption over the next decade or so.

Freeman is still needed at the White House. Meanwhile, he continues to lecture and publish essays that reach a wider audience than that of the lecture hall. He continues to function as the watchman. He tells the nation what he “seeth”.

He most recently spoke in Sarasota, Florida. His lecture has been posted online.

The lecture begins as a watchman’s report should begin:

I want to speak with you today about the Middle East. This is the region where Africa, Asia, and Europe come together. It is also the part of the world where we have been most compellingly reminded that some struggles cannot be won, but there are no struggles that cannot be lost.

It is often said that human beings learn little useful from success but can learn a great deal from defeat. If so, the Middle East now offers a remarkably rich menu of foreign-policy failures for Americans to study.

Further along, Freeman delivers this powerful description of Israel’s current role in the Middle East:

Israel has come to enjoy military supremacy but it remains excluded from most participation in its region’s political, economic, and cultural life.

In the 67 years since the Jewish state was proclaimed, Israel has not made a single friend in the Middle East, where it continues to be regarded as an illegitimate legacy of Western imperialism engaged in racist removal of the indigenous population.

International support for Israel is down to the United States and a few of the former colonial powers that originally imposed the Zionist project on the Arabs under Sykes-Picot and the related Balfour Declaration. The two-state solution has expired as a physical or political possibility. There is no longer any peace process to distract global attention from Israel’s maltreatment of its captive Arab populations.

There is more, much more, from this watchman. For the complete lecture click here.

Israel, Freeman reminds us, is “an illegitimate legacy of Western imperialism engaged in racist removal of the indigenous population”.

Harper Lee’s Watchman is the work of an author who knows she is struggling with the agony of racism in the hometown she loves, Monroeville, Alabama, which she calls Maycomb in her novels.

Reading chapter one, conveniently available on line, there is no doubt that this new book is in the familiar voice of Harper Lee, a writer deeply rooted in, and increasingly critical of, the cultural patterns of her native Monroeville, Alabama.

Mockingbird‘s continued popularity since its arrival in 1960, has been driven by English 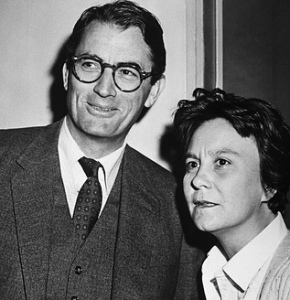 literature teachers and the immediate success of the 1962 film of the same name, featuring Gregory Peck as Scout’s father, Atticus Finch, a self-educated attorney very much a man of his time.

Atticus is no bigot; he was a segregationist. A bigot is someone whose life is devoted to hatred of another race. That is not Atticus.

As the Guardian notes in writing about critical reviewers::

Presumably these reviewers are relying on their memories of the film of Mockingbird instead of the actual book, given that Scout and Jem frequently use the N-word in the novel – as poor white children in Alabama in the 1930s, when the book was set, most certainly would have done.

Both Watchman and Mockingbird were written in the 1950s. Judging the racial attitudes in these books by today’s standards is as ridiculous as expecting a character, let alone an author, to behave exactly as you would like.

As the grown-up Scout had come to realize, however, by the time she wrote Mockingbird, her beloved home town, driven by public ignorance and deeply-embedded prejudice, was strongly resisting the closing of the racial divide.

Small town lawyers like Atticus Finch were unable to adjust to change. The times that were ‘achanging, had passed him by.

The time in which the original To Kill a Mockingbird is set, the early 1930s, was a time when the dominant white community members treated blacks with a conflicted, and inevitable unsustainable, mixture of condescending kindness and corrosive cruelty.

It was a mixture derived from a smug position of ignorant white supremacy. It is also, a mixture once again revived in the politics of the 21st century with new players, Tea Party extremists and  Zionist Christians, employing ugly racism to shape American politics.

It is into this mixture, that Lee has delivered her valuable gift.

The editor who worked with Lee persuaded the first-time author to lift an important segment from her longer work and tell the shorter story of incidents from Scout’s earlier childhood.

The editor was right, of course, To Kill a Mockingbird, is too delicate to insert into a larger portrait of the fictionalized life of Harper Lee. It would gain a wider reception by standing  on its own.

Harper Lee’s first novel possessed a wisdom and a sensitivity that captivated readers. If critical tradition prevails, her “second” novel will draw superficial, patronizing reviews from writers who fail to follow Atticus Finch’s advice to understand others by walking in their shoes.

Chapter one, conveniently available on line, begins with this opening line:

“Since Atlanta, she had looked out the dining-car window with a delight almost physical.”

From this beginning, the reader knows Harper Lee is back, traveling by train from Atlanta to Monroeville.

This pairing also reminds us that watchmen like Freeman and writers, like Harper Lee, continue to tell those willing to listen, that racism is a danger to us all.

From 1972 through 1999, James M. Wall was editor and publisher of the Christian Century magazine, based in Chicago, lllinois. He was a Contributing Editor of the Century from 1999 until July, 2017. He has written this blog, wall writings.me, since it was launched April 27, 2008. If you would like to receive Wall Writings alerts when new postings are added to this site, send a note, saying, Please Add Me, to jameswall8@gmail.com Biography: Journalism was Jim's undergraduate college major at Emory University, Atlanta, Georgia. He has earned two MA degrees, one from Emory, and one from the University of Chicago, both in religion. He is an ordained United Methodist clergy person. He served for two years in the US Air Force, and three additional years in the USAF reserve. While serving on active duty with the Alaskan Command, he reached the rank of first lieutenant. He has worked as a sports writer for both the Atlanta Journal and Constitution, was editor of the United Methodist magazine, Christian Advocate for ten years, and editor and publisher of the Christian Century magazine for 27 years.
View all posts by wallwritings →
This entry was posted in Israel, Media, Middle East, Middle East Politics, Movies. Bookmark the permalink.