Time for Obama To Earn His 2009 Nobel Prize 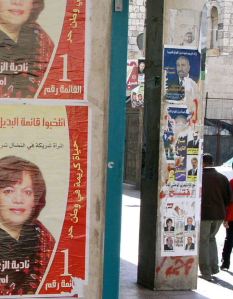 President Obama has suggested a “pause” following the failure of the most recent Israel-Palestine peace negotiations.

A pause is an option, of course, but it needs to be a “pregnant pause”, defined by one source as: “A pause that gives the impression that it will be followed by something significant.”

It was Edmund Burke who once wrote, “Those who don’t know history are doomed to repeat it.”

During his peace talks pause, Obama should look back to 2006, the last time the U.S. and Israel “trusted” the Palestinians to speak for themselves. That was the year of the remarkable 2006 parliamentary elections in the Occupied Palestinian Territories.

The U.S and Israel did not actually trust the Palestinian voters, they tolerated them. Their “experts” on the ground assured them the election would end in victory for the Fatah party, known then for its loyalty to the Israeli-U.S. axis. The election was won by Hamas. Wikipedia provides the election results:

Elections for the Palestinian Legislative Council (PLC), the legislature of the Palestinian National Authority (PNA) were held on 25 January 2006. The result was a victory for Hamas, who won with 74 seats of the 132 seats, whilst the ruling Fatah won just 45. In terms of votes received, Hamas took 44.45% of the vote, whilst Fatah received 41.43%[1] and of the Electoral Districts, Hamas party candidates received 41.73% and Fatah party candidates received 36.96%.

I covered that January, 2006, Palestinian parliamentary election from a Bethlehem polling place. President Jimmy Carter was also there for the election. He was the head of the international election monitoring group. 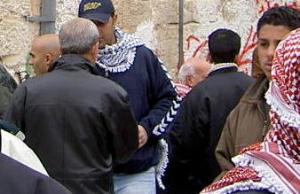 Rather than bow to the will of the voters throughout all of Palestine—the election was held in Gaza and in the West Bank—Israel and the U.S. did what empires do, they refused to accept the results.

The election of a new Palestinian government caught the Bush White House “by surprise”, or so the White House claimed at the time. It has always been difficult to believe that the vaunted spy agencies  of Israel and the U.S. did not know, from inside sources, that the final election results would go against them.

“Surprise” appears to be the automatic empirical response when Palestinians deviate from the prepaid script. Eight years after the 2006 “surprise” election outcome, the Obama White House was “surprised” by the latest Palestinian 2014 surprise.

In a story from AP, posted by Times of Israel, U.S. Secretary of State John Kerry

“said a deal announced last week for Palestinian authorities to create a unity government with the militant group Hamas — and which spurred Israel to withdraw from peace negotiations — took the US by surprise.”

The 2006 election that gave Hamas legislative control of both Gaza and the West Bank, drove Israel and the U.S. over the brink. Israel immediately imprisoned a large number of newly-elected Hamas legislators.

After losing at the polls, the U.S. sent military trainers to prepare Fatah militias to attack Hamas. Those attacks led to a military defeat of Fatah, adding insult to political injury.

Eight years later, either surprised or just disappointed in the 2014 Hamas-Fatah unity government proposal,  President Obama wisely chose not to follow the 2006 Bush script. Instead, still clinging to a peaceful solution, Obama called for a pause in the peace negotiations.

Five months after that earlier January 25, 2006, internationally monitored election, I wrote a column in The Christian Century magazine, on June 13, 2006, entitled “Unilateral Proposal”. The column cited articles by, among others, President Jimmy Carter.

In a column Carter wrote in the International Herald Tribune (May 7, 2006), the former president provided a rare look at the actual reality on the ground in 2006. Carter wrote:

Innocent Palestinian people are being treated like animals, with the presumption that they are guilty of some crime. Because they voted for candidates who are members of Hamas, the United States government has become the driving force behind an apparently effective scheme of depriving the general [Palestinian] public of income, access to the outside world and the necessities of life.

How well did the new Palestinian government, under the duly-elected Hamas party, conduct itself in 2006?

Hamas was keeping its pledge to allow no violence against Israel civilians. That pledge of non-violence had been kept for more than 18 months.  And yet, as I wrote in my June, 2006 column in The Christian Century:

“both Israel and the U.S. continue to describe Hamas as a terrorist organization and refuse to talk with Hamas until it accepts Israel’s “right to exist”—a diplomatic demand that Virginia Tilley, professor of political science and international relations at Hobart and William Smith Colleges, finds less than compelling.

In the online newsletter Counterpunch (May 12, 2006), Tilley identifies a logical flaw in the “right to exist” demand that has led to the international isolation of Hamas. “Diplomatic recognition of a state routinely requires one bit of vital information: ‘right to exist’ where? Israel’s borders are not set.

Rumbles of criticism of the Israel/U.S. response to Hamas’ political victory, were beginning to emerge in the U.S. in 2006, most notably, as my Century column indicates, from two academics, Stephen Walt of Harvard, and John Mearsheimer of the University of Chicago.

Robert Fisk had interviewed Stephen Walt for the Independent, on April 27, 2006. I wrote at the time that the interview focused, “on a report on the Israel lobby that Walt coauthored with John Mearsheimer”.

Originally published as an essay in the London Review of Books, in March, 2006, that report was later expanded into the Walt-Mearsheimer book, The Israel Lobby and U.S. Foreign Policy.

How will the Lobby respond when Barack Obama yields the White House to the next president?

The best way to answer that question is to consider the two front-runners now contending for the presidency.  Hillary Rodham Clinton appears almost certain to win the Democratic nomination, and for the moment, former Florida Governor Jeb Bush is the leading mainline Republican candidate.

Either of these candidates would find favor with the Israel Lobby, especially  Clinton.  President Obama has until January, 2017, to break the Israel Lobby’s presidential winning streak.

His current peace pause is the opportunity for him to make a sudden, unexpected and dramatic shift in his handling of the Middle East.

Asharq Al-Awsat is a pan-Arab daily newspaper, printed simultaneously each day on four continents in 14 cities. It recently published an analysis of the new Hamas-Fatah agreement (called the Gaza Agreement) by Barakat El-Farra, Palestine’s ambassador to Egypt and permanent representative to the Arab League.

In his analysis, El-Farra provides details of the steps that could lead a new Palestinian unity government. This is the essence of his presentation:

The new Gaza Agreement stipulates operational mechanisms to implement the Cairo Agreement and the Doha Declaration. Such mechanisms include the formation of a government of national consensus, headed by President Mahmoud Abbas, within a five-week timeframe.

Specialists and technocrats are to prepare for legislative, presidential and National Council elections. President Abbas set the date of simultaneous elections for all three bodies for at least six months in the future, after the formation of the government in consultation with the Palestinian factions.

What would be the impact of of the implementation of the Gaza Agreement?

It would enable the Palestinians to better confront the Zionist occupation, restore the Palestinian cause to its rightful status on the world stage, and strengthen Palestine’s position at the negotiating table. It would also ease the suffering endured by the Palestinian people as a result of their divisions, and renew their executive and legislative frameworks.

By embracing this Agreement, and by bringing the EU and other world leaders with him in his support, President Obama would announce to the world that he was the man of peace he claimed to be when he ran for election in 2008.

After winning that election, and to the surprise of many, President Obama was awarded the 2009 Nobel Peace Prize after less than eight months in office.

Critics at the time said it was too early for such an award to be presented on promise rather than on performance.  President Obama acknowledged this reality when he said in his Nobel speech accepting the award:

“Let me be clear: I do not view it as a recognition of my own accomplishments, but rather as an affirmation of American leadership on behalf of aspirations held by people in all nations. To be honest, I do not feel that I deserve to be in the company of so many of the transformative figures who’ve been honored by this prize.”

A dramatic move this summer, a move in which he would display his support of a unified Palestinian government, would be the moment in which Barack Obama finally earns that 2009 Nobel Peace Prize.

From 1972 through 1999, James M. Wall was editor and publisher of the Christian Century magazine, based in Chicago, lllinois. He was a Contributing Editor of the Century from 1999 until July, 2017. He has written this blog, wall writings.me, since it was launched April 27, 2008. If you would like to receive Wall Writings alerts when new postings are added to this site, send a note, saying, Please Add Me, to jameswall8@gmail.com Biography: Journalism was Jim's undergraduate college major at Emory University, Atlanta, Georgia. He has earned two MA degrees, one from Emory, and one from the University of Chicago, both in religion. He is an ordained United Methodist clergy person. He served for two years in the US Air Force, and three additional years in the USAF reserve. While serving on active duty with the Alaskan Command, he reached the rank of first lieutenant. He has worked as a sports writer for both the Atlanta Journal and Constitution, was editor of the United Methodist magazine, Christian Advocate for ten years, and editor and publisher of the Christian Century magazine for 27 years.
View all posts by wallwritings →
This entry was posted in Hillary Clinton, Jeb Bush, Middle East Politics, Netanyahu, Obama, Politics and Elections. Bookmark the permalink.